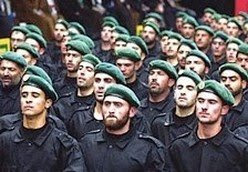 The UN has an interest in downplaying Hizbullah's rearmament and activities in southern Lebanon because it wants "industrial quiet" in Lebanon, a senior Israeli diplomatic official said Wednesday.

"The UN is denying any Hizbullah activity south of the Litani, even though Hizbullah admits to it," the official said. The official's comment came on the day that the UN Security Council was expected to discuss Secretary-General Ban Ki-Moon's periodic report on the implementation of Resolution 1701, which ended the Second Lebanon War.

The resolution calls for the disarming of all militias in Lebanon, bans weapons transfers to any group except the Lebanese armed forces, and urges the Lebanese government to secure its borders to prevent arms smuggling.

It also calls for Israel and Lebanon to support a permanent cease-fire and long-term solution based on full respect for the UN-drawn Blue Line along their border and security arrangements to prevent the resumption of hostilities.

In his report, Ban said the Israeli government continued to report "that it has detailed information regarding significant breaches of the arms embargo across the Lebanese-Syrian border."

However, he said that while the United Nations "takes these claims seriously, it is not in a position to verify this information independently."

Still, Ban said he remained concerned about "the porous nature" of Lebanon's border with Syria, noting that a team of independent border security experts sent to assess the situation in late August found the border as penetrable as it had been the previous year.

"I reiterate the need for the immediate and unconditional respect of the arms embargo on Lebanon," the secretary-general said. "It must be observed fully and without exception. Regional parties, particularly those that maintain ties with Hizbullah and other groups in Lebanon, are obliged to abide fully by the arms embargo."

Ban again called on Israel to immediately halt all overflights of Lebanon and reiterated "with the utmost urgency" his call to Israel to provide data on cluster bombs fired during the 2006 war.

The secretary-general urged Israel and Lebanon to "seize the moment" of relative calm and move closer to a permanent cease-fire and long-term solution to the issues that sparked the war.

Ban said the election of Michel Suleiman as president of Lebanon, the formation of a national unity government and the launching of a national dialogue "have led to a greater degree of stability in the country."

"The general improvement of the situation in Lebanon, together with the continued stability in the area of operations and encouraging prospects in the region create a potential momentum that both Lebanon and Israel must seize to make bold strides toward a permanent cease-fire and long-term solution," he said.

The secretary-general said he was "disturbed by the repeated exchange of threats between Israel and Hizbullah, in particular when apparently directed against civilians." He reiterated his call on both sides "to refrain from statements and actions that could serve to increase tension."

He also welcomed the decision by Syria and Lebanon to establish diplomatic relations, a decision that "heralds potential future progress on a number of issues of common interest."

He added that he was pleased that the issue of abducted IDF soldiers and Lebanese prisoners in Israel had been fully resolved.

"In the coming months, Israel and Lebanon have an opportunity to move away from confrontation by making further progress in the implementation of Resolution 1701," Ban said. "I call upon their leaders to seize the moment that is afforded to them, for the good of their peoples and for the stability of the region."
This article can also be read at http://www.jpost.com /servlet/Satellite?cid=1227702334384&pagename=JPost%2FJPArticle%2FShowFull
Posted by GS Don Morris, Ph.D./Chana Givon at 4:28 PM