Can Israel survive its own leftists? 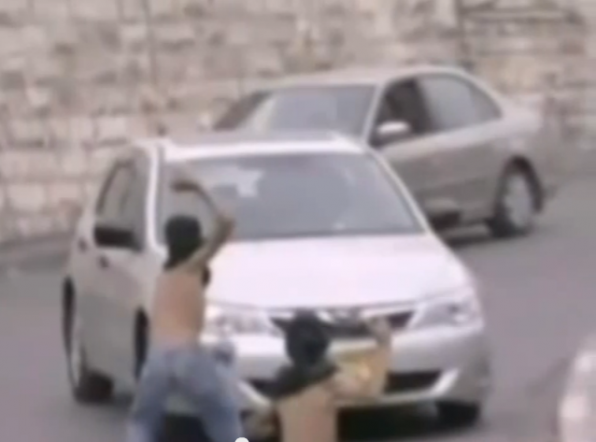 Daniel Seidemann is an Israeli who runs a non-governmental organization, Terrestrial Jersusalem, that describes itself as ” an Israeli non-governmental organization that works to identify and track the full spectrum of developments in Jerusalem that could impact either the political process or permanent status options, destabilize the city or spark violence, or create humanitarian crises.”
According to NGO Monitor, Terrestrial Jerusalem receives its funding mostly from Europeans and one U.S. foundation and actively seeks to undermine Israeli policies which seek to maintain, among other things, a unified Jerusalem under full Israeli control.

Seideman has written that he sees some measure of re-division of Jerusalem as inevitable and considers Israeli actions as contrary to the peace process:

Upon my arrival in Israel more than forty years ago, I too subscribed to the “Jerusalem mantra,” whereby Jerusalem was “the-eternal-undivided-capital-of-Israel-that-would-never-be-redivided” (one word, and a noun). It was consensus, the impermeable devotion to an article of faith. The harsh realities in the ensuing years undermined that faith, and finally, in the summer of 2000, during President Clinton’s Camp David summit, it collapsed. It then became apparent, and has remained so, that the conflict between Israel and the Palestinians will end within the borders of a politically divided city. Jerusalem was deflowered at Camp David.


We have noted before the problem of Palestinian rock throwing, and how it is minimized by Western media as not consequential.

Particularly when the rocks are thrown by children, it’s no lose for anti-Israeli groups:  If the rock lands its mark, the mission was accomplished; if the child also is arrested, it’s doubly good because the phalanx of international and Israeli leftist photographers will be there to record the moment as reflecting Israeli brutality (as just happened with the Bedouin protests).

Seidemann recently was the victim of such rock throwing while stalled in traffic in East Jerusalem.<...