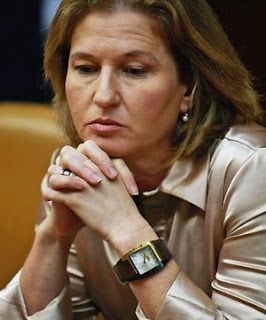 BEIRUT (AFP) - French Foreign Minister Bernard Kouchner played down on Monday the significance of a mounting war of words between Israel and Lebanese militant group Hezbollah but acknowledged the region was tense. Hezbollah chief Hassan Nasrallah vowed on Sunday to destroy Israel if it carries out threats to hit Lebanon.

He was responding to warnings by Israeli leaders that Lebanon's civilian infrastructure could become a legitimate target following the formation of a unity government in which the Hezbollah-led opposition has 11 ministries and the power of veto over cabinet decisions.

"One must always take threats seriously, both those made by Israel and by Mr. Nasrallah... because this is a very inflammatory region," Kouchner said after talks in Beirut with Lebanese President Michel Sleiman.

"But honestly this time I don't take either side very seriously... and I hope I am not mistaken," he said.

Kouchner, whose government currently holds the European Union's rotating presidency, arrived in Beirut on Sunday at the start of a two-nation tour that will also take him to Syria. He said he scrapped a planned visit to Israel for scheduling reasons.

The French foreign minister said his trip to Damascus later Monday would focus on preparing a visit by French President Nicolas Sarkozy to Syria due September 3-4.

His visit to Lebanon and Syria also follows an announcement by the two governments on August 13 that they intend to establish diplomatic ties for the first time since they both attained independence from France six decades ago.

Israeli Prime Minister Ehud Olmert warned last week that Israel would fight a far more devastating campaign than in the 2006 war with Hezbollah if the Shiite movement led the government. Other leaders made similar threats.

But on Sunday the Hezbollah chief retorted: "If (a war) were to happen as they are threatening, our victory this time will be decisive, unquestionable and final."
Posted by GS Don Morris, Ph.D./Chana Givon at 7:05 AM