First-term MK Motti Yogev claims the secretary of state "wants to decrease the Jewish presence in the Land of Israel." 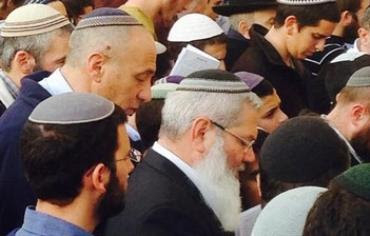 "Prime Minister Binyamin Netanyahu is acting under Kerry's obsessive pressure, which may have anti-Semitic undertones," Yogev told Israel Radio. "Kerry is not here to reach a compromise. He wants to decrease the Jewish presence in the Land of Israel and create a Palestinian state."


According to Yogev, most senior Likud officials agree with him.
The Bayit Yehudi MK also pointed out that Kerry ate hummus with Syrian President Bashar Assad in the past and called him a good friend.

At the same time, Yogev said that the US is a "strategic anchor" and is important to Israeli security.
This is not the first time Yogev personally attacked Kerry. In November he said the Secretary of State's stances are identical to those of the Palestinian Authority and proclaimed: "Kerry, go home."