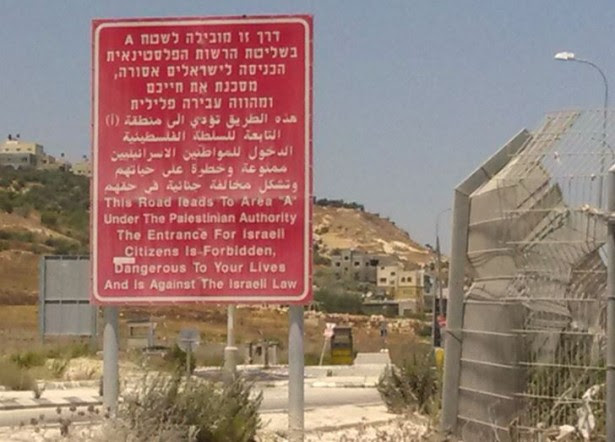 Northwestern University Law Professor Eugene Kontorovich has been doing wonderful work exposing the myth of the Israeli “illegal” occupation of Judea and Samaria (the “West Bank”).  You really need to watch the videos we have posted here, The Legal Case for Israel and The historical fiction of Israel’s “occupation”.
Given the war on Israel declared by the American Studies Association and two other smaller anti-Israel boycott groups, and the need to correct so much of the anti-Israel propaganda behind it, here is Prof. Kontorovich’s explanation of the legal history of the region again:
Now Prof. Kontorovich has come out with a challenge to the European Union to treat Israel’s “occupation” the way it treats other “occupations” — and the Europeans are none too happy.
As reported by The Times of Israel, Why is this occupation different from all other occupations?:

Many Israelis have long felt that the European Union is biased against them. Two legal scholars – a former Israeli ambassador and an American Jewish international law professor — think they’ve found the perfect case to prove the claim: A new fishing deal, signed between the Europeans and Morocco, which applies beyond Morocco’s internationally recognized borders, taking in the territory of Western Sahara, even though Morocco invaded that area in 1975 and has occupied ever since.

The two scholars are now challenging EU foreign policy chief Catherine Ashton to explain why the agreement, in not excluding Morocco’s occupied territory, doesn’t prove that the EU is holding Israel to a double standard.
The EU insists that any agreement it signs with Israel explicitly exclude the settlements in the “occupied” West Bank, the scholars noted in a letter sent last month to Ashton’s Brussels office. So why don’t the same constraints apply in the case of Morocco? This blatant inconsistency shows “an official double-standard practiced by the EU,” Professor Eugene Kontorovich of Northwestern University and Israeli ex-ambassador to Canada Alan Baker charged.
Last week, the EU responded to the letter, saying, essentially, that Israel’s occupation is different, but without detailing how and why….
“Whatever they have identified in their ‘analysis,’ they’re obviously not very proud of it. Had it been substantial, they would have surely not hesitated to provide more detail,” Kontorovich told The Times of Israel this week.
“The terseness of Ashton’s statement reflects the general moral superiority of EU officials toward Israel that I’ve encountered in my attempts to discuss these issues with them,” he added. “The attitude is that they are the judges, we are the suspect. How dare we accuse or judge them? As one senior EU official said when I brought these matters up with him, ‘We’re here to talk about you [Israel], not us.’ That is why they do not need to give their reasons: They do not have to explain themselves. We do.”

Keep in mind that the EU also continues to deal with Turkey without restriction, even though Turkey actually does illegally occupy part of Cyprus.
At every level, from dealing with EU bureaucra
Posted by GS Don Morris, Ph.D./Chana Givon at 1:25 AM