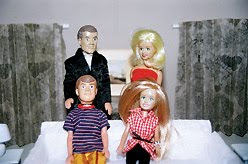 What will happen in the future is being determined right now.

Israel’s economic/scientific potential seems extremely schizophrenic. There is no denying that this country is globally on the cutting edge of hi-tech research and development. In proportional terms we have far outstripped the rest of the world. But there is a dismal underside to this incontrovertible success story. Many of the soaring achievements we are witnessing today result from the educational and demographic circumstances of at least two decades back. What will happen in the future is being determined right now – and the portents are dire. Present conditions are unlikely to spawn a further upsurge in dazzling accomplishments; indeed they threaten to pull us down hard.

As the latest “State of the Nation Report: Society, Economy and Policy” by Jerusalem’s Taub Center for Social Policy Studies warns, growing segments of our society are ill-equipped to participate in modern economic processes. Being left behind doesn’t just impact them and play havoc with our national statistics. It also costs the productive members of society heavily, forcing a diminishing population segment to support those who don’t pull their weight.

We’re hit by a double whammy. Israel’s economy is denied the contribution of those who remain on its sidelines, and it also must deduct from its GDP what’s shelled out to nonproductive societal components by way of entitlements – money spent on social services. We may be fast approaching a situation in which we pay out more than is coming in. Less will consequently be left to encourage innovation, tempting the more enterprising, upwardly mobile but inordinately burdened among us to pull up stakes and relocate to greener pastures.

ABOUT ONE-THIRD of Israeli households nominally subsist under the poverty line, while almost 20 percent of men between the ages of 35-54 don’t work. The malaise, though, isn’t equally endemic in all social sectors. Its gravest concentrations are among Arabs and haredim. Unemployment figures for Arab men had soared from 15% in 1979 to 27% in 2008. Among haredi men it spiraled from 21% 30 years ago to a whopping 65%.

Making these numbers more alarming yet are school-enrollment trends. Should these continue, by 2040 78% of Israel’s youngsters would be educated in haredi or Arab schools, the very ones that notoriously ill-prepare their graduates for the modern workforce.

The Taub Center report concentrates on the need for educational overhauls under the auspices of a new apolitical framework. This, of course, assumes that an apolitical program is realistic and that target populations would readily cooperate. But experience raises critical doubts that Arabs and haredim would eagerly and voluntarily transform. Moreover, even avid reform-advocates must agree that investment in education is a long-term proposition.

Yet in the immediate context we are faced with pernicious patterns that perpetuate themselves. If these vicious cycles aren’t broken now, there will be no real prospect of long-term reform, however desirable.

The inescapable conclusion is that taxpayer largesse facilitates the gloomy cycle. So long as benefit-claimants can rely on generous handouts, they’ll have less incentive to work.

Among other negative trends, they’ll continue to relinquish available jobs to foreign illegals. Apart from caregivers and agricultural workers, Israel needs no foreign labor. There’s no reason Israelis can’t construct houses, paint apartments, staff factory shifts or even cook ethnic fare. Heavy taxation on employers of foreigners could help make such imported labor a less attractive and more expensive alternative. Low wages paid to illegals can be offset by levies – even fines and imprisonment for greedy employers who serially break the law. The odds can be evened in favor of fairly compensated homegrown labor.


There must also be a credible crackdown on cheats. Many of the haredim and Arabs who claim to be unemployed in fact earn incomes, which they fail to report so as to deceitfully qualify for welfare. The police and tax authorities rarely even try to penetrate haredi and Arab communities, to the detriment of the tax-paying populace.

As long as living off the toil of others is feasible and relatively comfortable, scant motivation will exist for change and/or educational reforms. Breaking vicious cycles, however, demands extraordinary political courage. It’s doubtful any conceivable current coalition can muster it. But where there’s no will, there’s no way – and, for the sake of Israel’s future, a way must be found.
Posted by GS Don Morris, Ph.D./Chana Givon at 7:08 AM