Death By Hijab. But What’s It Got To Do With Isadora Duncan? 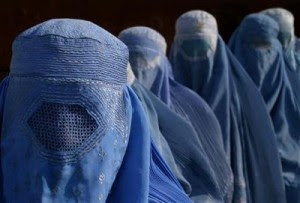 
I have gone on record, many times, about how hazardous the Islamic Veil is to women’s health in both medical and psychiatric terms. There are other kinds of health risks involved in adopting Islamically “modest” dress. For example, in England, Muslim nurses are now refusing to leave their arms uncovered below the elbow which can potentially lead to spreading hospital superbugs and to the death of patients. The British National Health Service has given in to this demand—but has prohibited short-sleeved nurses from wearing crosses. Two days ago, a Muslim woman was killed when her Islamic Veil (one account describes it as her burqa) got caught up in the wheels of her go-kart at a recreational park in New South Wales, Australia. Why was she wearing a burqa in a go-kart? Let me guess: Her Wahabi-Salafi oriented husband, father, brother, expected her to do so?

Guess what? Those who specialize in prurient interest have been making the most unsavory comparison between this poor soul, probably from Afghanistan, and the pioneering dancer Isadora Duncan. Duncan defied convention—she did not dance because she was forced to do so. She met everyone of “consequence” in artistic and intellectual circles, stunned thousands of audiences all across Europe and America with her innovative dance—and yes, she also took many lovers. Duncan created modern dance. She did not lead her life in a burqa.

Thus, I talked to Cherlyn Smith, the current Associate Artistic director of the Isadora Duncan Dance Company who is puzzled and aggravated by the comparisons being made on thousands of websites between Duncan’s 1927 death and the recent death-by-hijab which took place in New South Wales. Smith has been inundated by Google alerts which send her to websites which “disappear” the meaning of both women’s deaths.

There is no comparison at all.

The great dancer Duncan was not forced to wear a veil nor was she wearing one of her many diaphanous dancing scarfs. In fact, at the suggestion of her friend, Mary Desti, Duncan only took a shawl along at the last moment because the weather was getting cold. Duncan’s shawl got caught in the wooden spokes of the low-slung convertible automobile–which was being driven by an experienced driver.

Duncan should be remembered for her pioneering work as a dancer and teacher, not for the few moments in which she died. Smith says: “Ducan’s legacy is far more important than the bizarre manner in which she died. Why do people minimize this American woman’s enormous contribution and choose to continuously associate her with the scarf, the car, and the violent death?”

And, all those who taught, forced, encouraged, the woman in New South Wales to wear the burqa should be tried as accomplices in her death.
http://www.newsrealblog.com/2010/04/12/death-by-hijab-but-what%E2%80%99s-it-got-to-do-with-isadora-duncan/
Posted by GS Don Morris, Ph.D./Chana Givon at 3:09 PM