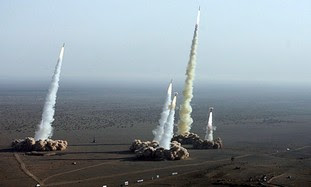 Russia is sending mixed messages about its pledge to deliver the advanced S-300 anti-missile system to Iran as part of an effort to increase its own influence over the Middle East, Israeli security analysts said on Sunday. Should Teheran acquire the system, a potential military strike on Iranian nuclear sites could become far more difficult, but it remains far from clear when and if Moscow intends to transfer the military hardware to Iran.

“Russia does not want to see Iran a nuclear state, but short of that, it will be playing both sides – to ridiculous proportions,” said Emily Landau, senior research fellow and director, Arms Control and Regional Security Program, at Tel Aviv University’s Institute for National Security Studies (INNS).

“Right now, Russia is a little mad at the Iranians, because the Iranians rejected a nuclear fuel enrichment deal which would have seen uranium enriched by 20 percent inRussia,” Landau said.

“Russia has its own sense of strategic interests vis-a-vis the US and the Middle East, and right now it has no interest in being perceived to be on board any US agenda. They are a strategic rival of the US, and want to have a bigger role inthe Middle East,” Landau added.

To that end, last week’s visit by Prime Minister Binyamin Netanyahu to Russia, aimed at acquiring a guarantee from Moscow that it will not sell Iran the S-300, was seen by Russia as a very positive development. Netanyahu walked away from the meeting expressing confidence in Russia’s desire to maintain regional stability.

Yet just a few days after the visit, the Russian Interfax news agency cited Russian Deputy Foreign Minister Sergei Ryabkov as saying thatRussia would hold up the contract to deliver the anti-missile system to Iran.

“They’re changing their mind on the S-300 every few days, going back and forth. The fact that Netanyahu met with Russian President Dmitry Medvedev was good forRussia. It was a big meeting. Russia is seeking to gain power and influence from all sides,” Landau added.

The truck-mounted S-300 system can shoot down aircraft from a distance of 150 kilometers away, according to reports.

“If it is sold to Iran, it would mean they have a system many times more powerful than anything they have right now in terms of their defenses. It would seriously complicate Israeli contemplation of an attack, but we can’t know if it will be a game-changer. There is a whole set of considerations that Israel has to consider,” Landau said.

Ephraim Kam, deputy head of the INNS, and a former colonel in the Research Division of IDF Military Intelligence, said additional factors that Israel must consider when considering an attack include assessing the level of intelligence on Iran’s nuclear program, weighing up operational abilities to strike and looking at the degree to which the nuclear sites can be damaged.

Other factors include assessing Iran’s potential responses and looking at possible American responses.

“The S-300 is just one of many factors Israel has to consider,” Kam said, adding, “The Russians seem to be pushing for more time before delivery.”