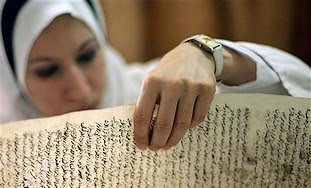 In future peace negotiations, Palestinian refugees will not be the only ones to demand compensation.

In future peace negotiations Palestinian refugees will not be the only ones to demand compensation after a law passed late Monday in the Knesset, mandating that the rights of Jews who fled Arab lands also be taken into consideration. The legislation, which sponsor MK Nissim Ze’ev (Shas) said would create “historical justice,” passed its final reading by a wide margin of 34-1. Ze’ev said that the law “created historical justice” for the Jewish refugees who arrived in Israel before and after the establishment of the state due to persecution, humiliation, murder and kidnapping of Jews in several Muslim countries.

In addition to allowing Jews to press claims against Arab countries for property that they were forced to leave behind, Ze’ev argued that parallel refugee status would enable negotiators to retroactively determine that Palestinian and Jewish refugees were part of a “population exchange,” thus negating the basis for Palestinian claims to a right of return.

“When historical justice comes to practical expression through this issue being raised by the Israeli government, the Quartet and the entire world will be able to do justice to both sides by revealing the true narrative of Jewish refugees in the Middle East,” said Ze’ev after the law was passed.

Other Knesset members were not happy with the new legislation.


“The only refugee problem in the Middle East is that of the Palestinian refugees who were expelled by the Jews, who expelled and then demanded compensation,” complained MK Taleb a-Sana (UAL). “The Jews were persecuted by Germany and Spain, and the people who are responsible for the destruction of the Second Temple and the Diaspora itself were the Romans, the ancestors of Berlusconi, who was embraced in the Knesset a few weeks ago.”

A-Sana added that the Zionist movement is responsible for the tragedy that befell the Jews who left North Africa, and still carries out “character assassination and attacks their culture and identity.”

“The goal of the law is to create a fictitious issue of Jewish refugees as a counterbalance to the Palestinian refugees.”

He added, however, that he supports the right of return, both of Palestinians to Israel and of Jews to Arab lands.