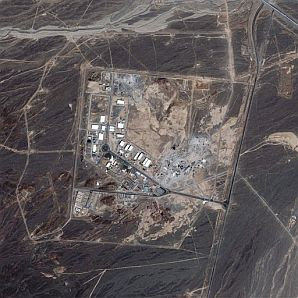 
Iran recently moved almost its entire stockpile of low-enriched uranium to an above-ground facility, The New York Times reported on Saturday. According to a recent report by International Atomic Energy Agency inspectors, roughly 4,300 pounds (1,950kg) of low-enriched nuclear fuel was moved all at once from storage deep underground to a facility where they can be enriched to 20 percent. 80 to 90 percent enrichment is required for nuclear weapons.

Iran’s inexplicable action, which has confused Western officials, exposes the material to an airstrike or even ground-based sabotage. The Times quoted one official as saying the move was tantamount to painting a bull’s-eye on the stockpile.

It is made even stranger by the fact that, when confronted late last year over a new underground nuclear facility in Qom, Teheran insisted that building the base was necessary to protect its uranium stockpile from the threat of an attack by Israel or the US.

Several hypotheses were raised by the paper: Iran may be taunting Israel to attack, as this would rally Iranians in support of the regime and silence voices of dissent which have plagued the streets since last years disputed election; Teheran may be using the move as leverage against the West – a threat to further enrich its entire stockpile should the world not lower the pressure on the Islamic Republic; or – the theory held by many in the Obama administration – Iran may have simply run out of suitable storage containers for the radioactive material and was forced to move it all at once.

Whatever the reason, the paper said, it provides Israel with a very tempting window to attack – something the Obama administration will want to prevent.

Comment: Why is anyone surprised. In anticipation of an air-strike by the West, Iran places its material above ground believing we will not attack due to the incredible fallout after a bombing run.
Posted by GS Don Morris, Ph.D./Chana Givon at 4:49 PM