The “Peace Partners” Who Never Were 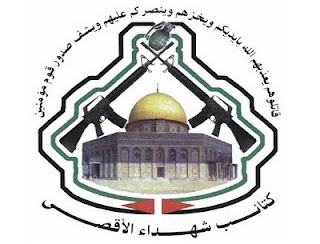 On February 14th, all of the major Palestinian terrorist factions met at the offices of the Popular Front for the Liberation of Palestine (PFLP) for peace talks. But this was not about peace with the Israelis. No, this was a meeting to reconcile differences, in order to direct all energies in a violent manner against Israel. While the West has been obsessed with locating a “peace partner” for the Jewish state, none would be found here. The Palestinian people, for the most part, can be divided into two camps: one, a religious terrorist camp and two, a secular/nationalist terrorist camp. Members of Palestinian society usually side with one or the other, whether it’s through politics, community affairs or violence. There is little grey area, in this respect.

The religious terrorist camp is made up of organizations which spawned from the Muslim Brotherhood (MB), al-Ikhwan al-Muslimun, a group created in the 1920s that merged fundamentalist Islam with an extremist political agenda. Palestinian organizations that fit into this category include Hamas and Palestinian Islamic Jihad (PIJ). PIJ, while deriving its existence from the Brotherhood, however, was established in 1979 with a greater attachment to the more violent methods of the Iranian Revolution of the same year.

The secular terrorist camp consists of groups that fall under the umbrella of the Palestine Liberation Organization (PLO). The two main groups that make up the PLO are the Palestinian National Liberation Movement or Fatah and the Popular Front for the Liberation of Palestine (PFLP). Unlike Fatah, though, which uses some Islamic imagery, the PFLP operates solely as a Marxist-Leninist organization.

All four of these organizations, in addition to nine others, held a joint meeting this month at the PFLP headquarters. The meeting came at the foot of an Egyptian initiative for reconciliation between the parties and what was being termed a “restoration of national unity.”

But according to the PFLP, this was less about restoring unity among the Palestinian groups and more about fighting Israel as a unified force.

As stated by PFLP leader Rabah Muhana, following the meeting, “An atmosphere of placing national interest ahead of factional interest had prevailed. All of the factions agreed on the urgent need to end division in order to confront the occupation.”

To be sure, there is no love lost between many of the groups, primarily Fatah and Hamas. In June 2007, Hamas launched a bloody coup against Fatah, throwing out the PLO group from the Gaza Strip, whilst brutally executing some 400 individuals associated with Fatah. And as this author writes, the homepage of Fatah’s official website contains a graphic of Hamas leaders Khaled Meshaal, Mahmoud al-Zahar and Ismail Haniya with their faces covered in drops of blood.

Now, it appears the two are coming together, as it has been reported that all of the Palestinian terror factions have voiced support for the Egyptian plan.

Of course, this does not bode well for those who have been hell-bent on finding a “peace partner” for Israel. Regarding the United States and the European Union (EU), the only one that fits that bill, at least according to them, is Fatah.

The names of three of the four organizations mentioned previously as representing the Palestinian people, Hamas, PIJ and the PFLP, can be found on terrorism lists compiled by both the US and the EU. Fatah appears to be the only one that has been left off the lists – but that appearance is somewhat deceiving.

Toward the top of both lists is found the al-Aqsa Martyrs Brigade (AMB), the self-described “military wing” of Fatah. It was named to the US list in March 2002 and the EU list in October of the same year. Indeed, the group has a history of targeting civilians via such means as suicide bombings and has, in the past, worked with the likes of Hamas and PIJ.

While government agencies admit to an affiliation between AMB and Fatah, they also act to put distance between the two, in what seems to be an attempt to separate Fatah from the terrorism. But there is no separation between Fatah and AMB, for they are essentially the same organization.

AMB’s website addresses, kataebaqsa.org and kataebaqsa.ps, remain active, but the content from them has been entirely removed. That’s not a problem for AMB, because the group shares the official website of Fatah, fateh.org. On any given day, one can see the AMB logo on the Fatah site homepage along with a link to the AMB’s most recent terror communiqué, discussing its latest attack and referring to Israel as the “enemy.”

Atop all of the Fatah website pages, including AMB’s terror communiqués, is a large picture of the head of Fatah and the President of the Palestinian Authority (PA) Mahmoud Abbas. This is the same Mahmoud Abbas who, less than two months ago, honored three fallen AMB murderers of 45-year-old Israeli Rabbi Meir Avshalom Hai as “Shahids” or holy martyrs. Hai, who was gunned down during a December 24th drive-by attack, left a wife and seven children. Abbas visited and offered condolences to the families of the dead perpetrators of the attack.

When the 13 Palestinian terrorist groups met at the PFLP headquarters, they did so with an understanding – that even though they might have personal differences with each other, they are all united by an intense hatred of Israel.

Joe Kaufman is the Chairman of Americans Against Hate and the founder of Young Zionists.