Will the Real J-Street Please Stand Up? – by Anav Silverman 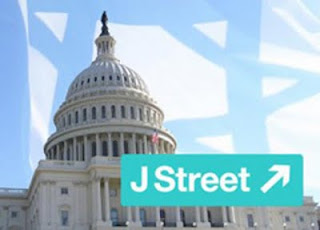 For a growing Jewish political lobby group that claims to represent Americans “who support Israel and its desire for security as the Jewish homeland,” J Street seems to be advocating the very opposite of those sentiments.

A look into J Street’s donor list and a quick perusal through the organization’s website clearly reveals a very questionable pro-Israel policy. According to the U.S. Federal Election Commission, donors to J Street’s political action committee (JStreet PAC) hail from forums aligned against Israel. J Street’s donors are affiliated with the National Iranian American Council, ‘Stop the Occupation’, AMIDEAST, the US State Department and the Arab American Institute—establishments not exactly known for pro-Israel views.

Among the many private Jewish and Christian donors to J Street, there are also a number of Islamic and pro-Iranian activists, as well as Palestinian-and-Arab American businessmen. One such example is Zahi Khouri, a major Palestinian businessman with a Coke franchise in the West Bank. Khouri actually decried Israel’s attempts towards economic peace with the Palestinians in an article he wrote in the New York Times on September 9.

In regard to the recent Gaza conflict, it is J Street’s address of Israel’s side that truly casts some doubt on its ‘pro-Israel’ stance. J Street’s website features a section titled “J Street’s Response to the Gaza Crisis” (note, the word, crisis). The organization lists a number of statements and articles condemning Israel’s military response to the rocket attacks, calling it “disproportional,” “counterproductive” and “deepening the cycle of violence.” No such criticism exists for Hamas’s rocket warfare and even more disturbing is the website’s lack of information about the destructive impact of the Gaza rockets on Israeli civilians.

For J Street, the issue of the Gaza conflict is not even about Gaza but Israel’s military response to Palestinian rocket terrorism.

According to the J Street website, “ The right question to ask…is whether the specific actions taken by Israel in Gaza actually serve Israel’s legitimate long-term security interests and America’s best interests. In this case, J Street believes they may well not.”

J Street offers one solution to stop Gaza rocket fire against Israel and that is temporary ceasefires. J Street asserts that “Israel too recognizes that in the end, the only way to truly halt rocket fire into southern Israel is a diplomatic solution.” To back their point, J Street uses the Hamas ceasefire of 2008. “Throughout the 6-month ceasefire between Hamas and Israel that began on June 19, 2008, there was not a single Israeli casualty,” according to the J Street website.

J Street could not be more wrong in its assessment. During the 2008 ceasefire, Hamas built up its rocket infrastructure, expanded its tunnel smuggling system, conducted massive smuggling of Iranian weapons, and trained its soldiers to ultimately prepare for rocket war against Israel. Six weeks before the ceasefire was to end, Hamas fired more than 500 rockets against civilian populated areas in the western Negev region. The rockets shattered normal life for Sderot residents as their homes, properties, and businesses were heavily damaged. Hundreds of Israeli residents suffered shock and trauma as well as physical injuries during the ‘ceasefire’ period.

J Street asserts that ceasefires are “positive first steps in the long road to a lasting two-state solution.” The organization deliberately overlooks that three ceasefires between Hamas and Israel have all contributed to the strengthening of the Islamic government regime in Gaza, since Hamas came to power in 2006.

The Jewish lobby justifies Palestinian rocket fire against civilian Israelis. J Street explains on their website that the “Palestinian people nurture an anger that leads some to armed struggle.”

Not once does J Street point out that Palestinians who commit terror acts against Israel adhere to a radical Islamic ideology that teaches them to do so, nor that key players, like Iran and Syria, are heavily involved in supporting the terror war against Israel. Of course, J Street also refrains from mentioning that Hamas’s charter calls for the complete destruction of Israel.

Indeed, if J-Street was “so clearly grounded in Jewish values and a desire to support the State of Israel,” as its executive director, Jeremy Ben-Ami has declared (Jerusalem Post: August 14, 2009), one would expect that the Jewish lobby work with concrete facts instead of distorting the Middle East reality to fit their left-wing agenda. More importantly, one would imagine that J Street, which labels itself as a “primarily Jewish organization,” would at least empathize with the suffering of Israelis living under Gaza rocket fire.

J Street’s main objectives– to conclusively support a two-state solution, ramp up America’s world image, and support President Obama’s administration, overrides any sense of obligation to the Jewish people of Sderot and the rest of Israel. With a $3 million budget and a growing donors list, J-Street’s work as a pro-Palestinian organization, dedicated to Mideast policies that will weaken Israel and delegitimize the Jewish democracy, may be more damaging to Israel in the long term than Hamas rocket warfare.

Anav Silverman is the international corresspondent for Sderot Media Center, www.SderotMedia.org.il, a media advocacy organization dedicated to bringing the voices of Sderot residents to the attention of the global community.
http://frontpagemag.com/2009/11/30/will-the-real-j-street-please-stand-up-by-anav-silverman/
Posted by GS Don Morris, Ph.D./Chana Givon at 3:47 PM