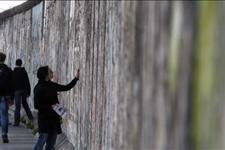 In 1993, Bill Clinton joked, "Gosh, I miss the Cold War." And, he explained, somberly: "We had an intellectually coherent thing. The American people knew what the rules were." Such Cold War nostalgia vexed many conservatives. It seemed to us that the Cold War consensus had broken down with the Vietnam War. Clinton himself didn't much like that Cold War endeavor, which is one reason he worked so assiduously to avoid serving in it. A young John Kerry did serve, but he also threw away his medals and denounced his fellow servicemen as war criminals. Jimmy Carter, meanwhile, had proclaimed that he had no "inordinate fear of Communism," suggesting that those who disagreed with him did.

The "intellectual coherence" of the Cold War didn't stop many liberals from opposing Ronald Reagan's foreign-policy efforts in Europe, the Caribbean and Central America, nor did it temper Hollywood's ardor in portraying Reagan as a warmonger, a dunce or both. In the 1980s, the SANE/Freeze movement fired the minds of much of the Democratic Party. And when the Cold War ended without a shot fired, the left worked hard to give all the credit to Mikhail Gorbachev, since he seemed like a more reasonable fellow.

All of that comes to mind as I watch Barack Obama stroll across the globe apologizing for, or condemning, the sins of his predecessors and, by extension, his country.

After former Soviet pawn and now Nicaraguan president Daniel Ortega berated the United States at a recent summit, President Obama joked, in reference to the failed Bay of Pigs operation, "I'm grateful that President Ortega did not blame me for things that happened when I was 3 months old."

Ah, yes, because the pressing issue is Obama's blamelessness, not the apparently embarrassing faux pas of America's effort to rid Cuba of a brutal Communist dictator and lackey of the Soviets, 90 miles off our coast.

In Prague, Obama declared that "the most dangerous legacy of the Cold War" is the large stockpile of nuclear weapons left behind after the war, sounding as if he might have been one of those teenagers who translated SANE/Freeze brochures into high school term papers.

The truth is that the Cold War's most dangerous legacy remains the bundle of radioactive lies that poisoned so many lands and deformed so many minds. The Soviets fueled national-socialist movements around the globe, telling the poor that if they embraced violent revolution and systematically purged capitalism, tradition and religion from their societies, they would hasten their ascent to the sunny uplands of history. The reverse was true: Whole generations were either slaughtered or left to live as dehumanized industrial cogs, or to labor as serfs tending crops amidst the bleached bones of their fellow countrymen.

The Soviets spread lies about the nature of democracy and destroyed indigenous democratic movements, lest they leech off the revolutionary ardor of groups both more murderous and more loyal to the Kremlin. In the West, they employed useful idiots in academia and the press to foment self-hatred and eat away at civilizational self-confidence with cancerously idiotic arguments about the "moral equivalence" between West and East. They funded antiwar movements, peace congresses and supposedly crusading "independent" journalists. For example, they spread the lie around the globe that America invented AIDS to kill blacks.

That lie made it all the way to Barack Obama's church, where Obama's former mentor and pastor, Jeremiah Wright, would repeat it with blindingly ignorant passion, saying that America invented "the HIV virus as a means of genocide against people of color."

Obama talks a lot about wanting to move beyond the "stale arguments" of the Cold War. In one sense that's fine, since that twilight struggle is over. But in another sense, as we watch him apologize for America's history, it is hard to shake the feeling that he only saw one side's arguments as "stale."

That wouldn't matter if the past were a page one could merely turn, as Obama frequently claims. But the Cold War's lessons aren't so irrelevant to the times we live in. The past is never completely irrelevant.

One small example: The Wall Street Journal's Dan Henninger asked a former Eastern European dissident imprisoned by Communists: "If you were sitting in a cell in Cuba, Iran or Syria and saw this photo of a smiling American president shaking hands with a smiling Hugo Chavez, what would you think?"

The former dissident responded: "I would think that I was losing ground."

When I see the president telling so many of America's enemies and critics what they want to hear, I feel like we're all losing ground -- ground that was worth winning.