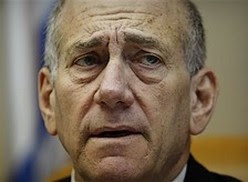 Prime Minister Ehud Olmert on Wednesday railed against what he termed 60 years of "deep-seated discrimination" against Arab Israelis.

"For sixty years there has been discrimination against Arabs in Israel. This discrimination is deep-seated and intolerable," Olmert said while addressing a meeting of the Knesset committee that is investigating the lack of integration of Arab citizens in public service. MK Ahmad Tibi, the chairman of the committee, had proposed establishing an apparatus to supervise the incorporation of Arabs in the Israeli public services.

World Likud Head Danny Danon lashed out at the prime minister following the remarks, saying that Olmert was overlooking efforts by Arabs to "undermine security."

"Olmert thinks that in his final months as prime minister he can dole out statements that will cause his failures and deeds to be forgotten," Dannon said in a statement. "This week he declared that it is necessary to cede land to our enemies and today he is ignoring the efforts of the Israeli Arab leadership, which is doing everything in its power to undermine state security."
This article can also be read at http://www.jpost.com /servlet/Satellite?cid=1226404714904&pagename=JPost%2FJPArticle%2FShowFull
Posted by GS Don Morris, Ph.D./Chana Givon at 10:49 PM