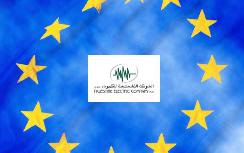 Increased European Union (EU) aid to Hamas workers for the Palestinian Authority (PA) is illegal and is an obstacle to peace, EU Member of Parliament Daniel Hannan wrote in the London Telegraph. The EU has approved giving the PA another $80 million in addition to $500 million it already has received from the EU this year. Hannan stated that "a welfare state is…the perfect terrorist habitat."

"Second, it is becoming increasingly clear that overseas aid is arresting a political settlement in the region. Palestinians receive more assistance, per capita, than any other people on Earth, and live in one of its most violent spaces. The two facts are connected.

Hannan, a journalist from London, wrote that the idea "aggression can be buried under a landslide" of money is based on an illusion that poverty causes violence. "People who are worried about food and shelter have little time to go on demos," he asserted. "It is when they have time to sit and brood that their thoughts turn to bloodshed."

Hannan proposed that a PA society based on capitalism would be more stable than today's reality and would increase civil order. However, "None of this will happen as long as Palestinians remain trapped in the squalor of dependency. The EU, in its well-intentioned but doltish way, is fuelling the conflict," he concluded.
Posted by GS Don Morris, Ph.D./Chana Givon at 4:35 PM