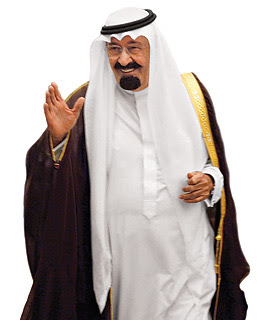 As well they should! After all, the Saudis are only responsible for supplying the hate-and-destroy-all-infidels educational curriculum, "Wahhabism" to every mosque (and CAIR), 15 of the 19 September 11 hijackers (as well as Osama bin Laden), and mega petro-dollars to jihadis around the globe. "U.S. court rules Saudi Arabia immune in 9/11 case," from Reuters, August 14: NEW YORK (Reuters) - The Kingdom of Saudi Arabia, four princes and other Saudi entities are immune from a lawsuit filed by victims of the September 11 attacks and their families alleging they gave material support to al Qaeda, a federal appeals court ruled on Thursday.

The ruling by the Second Circuit Court of Appeals in Manhattan upheld a 2006 ruling by U.S. District Judge Richard Casey dismissing a claim against Saudi Arabia, a Saudi charity, four princes and a Saudi banker of providing material support to al Qaeda before the September 11 attacks.

The victims and their families argued that because the defendants gave money to Muslim charities that in turn gave money to al Qaeda, they should be held responsible for helping to finance the attacks.

The appeals court found that the defendants are protected under the Foreign Sovereign Immunities Act.

The court also noted that exceptions to the immunity rule do not apply because Saudi Arabia has not been designated a state sponsor of terrorism by the U.S. State Department.

Of course not: they're our "friends and allies" -- except when plotting to destroy us.