Pro-Israel Groups Blast SJP for Racism and UCLA for Fecklessness 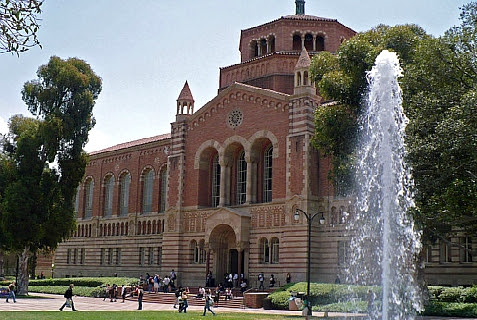 
Seven staunchly pro-Israel organizations told the California Board of Regents at a hearing on Thursday, May 15, that its failure to stand up to the thuggery and blatant racism of the UCLA Students for Justice in Palestine against pro-Israel students was a failure of leadership and of morality.
What was so egregious that these pro-Israel organizations were protesting?
JUDICIAL BOARD INVESTIGATE STUDENT COUNCIL MEMBERS WHO WENT ON ISRAEL TRIPS
The UCLA-SJP introduced an initiative which calls for a Judicial Board investigation of student council members who have taken trips to Israel sponsored by groups which the SJP deems to have “political agendas that marginalize multiple communities on campus.” The groups on SJP’s hit list are the ADL (Anti-Defamation League), AIPAC (American Israel Public Affairs Committee) and Hasbara Fellowships.
As Dumisani Washington, the Pastor-leader of the Institute for Black Solidarity with Israel, said in his remarks at the hearing Thursday morning, the SJP’s denunciation of pro-Israel groups for having a political agenda is not just hateful, it is hypocritical.
“One wonders exactly what SJP assumes itself to be, if not an organization with a ‘political agenda,’” Washington told the Regents.

STUDENTS MUST TAKE A PLEDGE NOT TO GO ON PRO-ISRAEL SPONSORED TRIPS TO ISRAEL
The second initiative promoted by the SJP to deprive pro-Israel students of a voice in campus discussions was its demand that candidates for student government positions sign a statement pledging that they will not go on any trip to Israel sponsored by the three Jewish organizations.
Washington boldly labeled SJP’s efforts reminiscent of the worst racism in American public life.

SJP’s wanton arrogance and blatant antisemitism in this manner is telling.  I am beyond appalled.  As an African-American, I could only imagine an anti-Black student group attempting to restrict my travel to Ghana or Senegal.  Such gall is reminiscent of the grotesque persecution my people suffered earlier in America’s history, when the US government restricted everything from which schools we could attend to which public restrooms we could use.

The SJP, as everyone knows who closely follows the way the Middle East is discussed on U.S. Campuses, is the most aggressively anti-Israel of any of the many anti-Israel organizations on campuses. The SJP’s antics include the mock eviction notices, “die-ins,” and promotions of virulently anti-Israel speakers and events.  In addition, the SJP, aided by lawyers happy to write intimidating letters to academic institutions, consistently claims that the behavior of its members is protected by free speech, whereas any criticism or objection to their activities is a violation of academic freedom and are constitutional violations.
Sadly, most school administrators and even some Jewish campus professionals are cowed by the lofty-sounding legalese. As a result, the views and sensibilities – and sometimes even the Constitutional rights – of pro-Israel students have been a casualty as administration after administration has caved to the outrageous positions and behaviors engaged in by SJP members.
BROOKLYN COLLEGE SJP THUGGERY
Perhaps the best example of SJP’s stranglehold over the better judgment people expect from university officials was a forum held at Brooklyn College last year. At that event, two promoters of the legal and economic warfare against Israel, the Boycott of, Divestment from and Sanctions against Israel movement, were given free rein at an unbalanced forum which was co-sponsored and co-endorsed by the College’s Political Science Department.
Four pro-Israel Brooklyn College students who came to ask questions were ejected from the event on the say-so of the SJP event organizer, someone who was not even a student and had no affiliation at all with Brooklyn College. The leader claimed the four students were disruptive and disrespectful, and college administration and security personnel did his bidding despite being in the room and knowing full-well, as later proven in audio recordings, that the pro-Israel students were sitting quietly when they were ejected.