Lady Cox spoke of Islamist groups making massive investments in the educational system in UK in order to alter the institutions to serve their purposes. 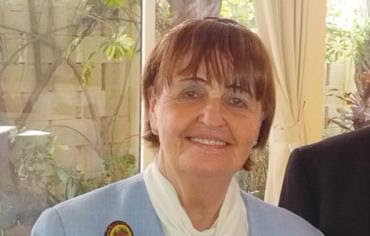 
Baroness Caroline Cox of Queensbury warned about the growing threat of political Islam in Britain and Africa at an event hosted by the Yuval Ne’eman Workshop for Science, Technology and Security at Tel Aviv University and The Israeli Institute for Strategic Studies on Monday.

“Islam is using the freedoms of democracy to destroy it,” as some of its adherents try to “inhibit criticism,” said Cox, speaking at the Green House next to the university.

In England, if you criticize Islam, you are called a racist, she said.

In addition, she drew attention to what she called the effort to Islamize Africa through massive investments and other activities. She cited evidence and information gleaned from her stay in the region, pointing to the countries of Uganda, Nigeria and Sudan.

Cox sits in the House of Lords – in which she had served as deputy speaker from 1985 to 2005 – and is the CEO of Humanitarian Aid Relief Trust (HART), which works to promote community development in various impoverished countries – mostly in Africa and Asia.

Cox spoke of Islamist groups that have been implementing a strategic plan and making massive investments in the educational system in Britain in order to alter the institutions to serve their purposes.

For example, she said, is a recent report that allegedly shows these groups are seeking to remove school headmasters so that they can be replaced with Islamists.

British newspaper The Sunday Times reported a story in March about leaked papers revealing a plot by Islamists to target struggling schools in order to take them over and implement Islamic teachings.

Another issue the British parliamentarian has been campaigning for, is for the rights of Muslim women.

Under this context, Cox raised the issue of polygamy, an issue that could have ramifications for Israel, particularly among the Beduin. The practice is illegal in both countries.

Unfortunately, she said, British leaders have sought to comply with sharia law despite the fact that it violates fundamental principles of the British legal system.

Cox said she did not want to speak about Israel because she isn’t an expert on the country.

In Britain, Cox proposed a bill that would work to make sure that any aspects of sharia law would comply with the country’s laws.

There are over 80 sharia courts functioning in the country and they “pose a threat to the principles of democracy,” and in particular, discriminate against women, she said.

Our hand should be extended “to moderate Muslims who seek to live peaceably, and redefine Islam in terms of peaceful coexistence and tolerance,”Cox said.

In a BBC Panorama documentary last year, titled: Secrets of Britain’s Sharia Councils, Cox said that even though her bill had stalled she was going to continue striving for change.

The BBC interviewed various women for the documentary and found that sharia councils discourage them from seeking help for domestic abuse from the authorities.

“It is time to draw a line in the sand and say enough is enough,” she said regarding the incompatibility of sharia law, gender equality and “one rule for all.”
Posted by GS Don Morris, Ph.D./Chana Givon at 11:29 PM