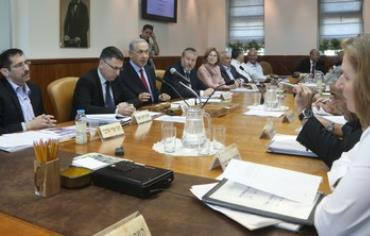 Speaking to journalists in the Knesset, the minister said the Americans’ handling of the crisis in Ukraine proved that Israel could no longer rely on the United States. He said it was clear to everyone that the US had never intended to take military action against the Russians.

“The lesson of this crisis screams to the sky,” the minister said. “US foreign policy is collapsing all over the world. America showing weakness in Russia has implications on the Palestinian front. Israel cannot be Ukraine. It is ridiculous to hear about American guarantees for Israeli security, which would at best last a few weeks. When we’re in danger, they won’t be there to defend us. We must be the sole guarantors of Israeli security.”

The source also accused the Americans of naively believing they could get Palestinian Authority President Mahmoud Abbas to declare that Israel is the nation state of the Jewish people. He said American officials had wrongly promised the Palestinians that Israel would accept the release of Israeli-Arab terrorists.

Home Front Defense Minister Gilad Erdan, who has criticized the policies of US president Barack Obama in the past turned down an opportunity to do so in an Army Radio interview Wednesday.

“I cannot give grades to American policy,” he said. “But the Likud’s policy is to rely only on ourselves. If we get help from others, that is good, and we must try to strengthen it.”
Posted by GS Don Morris, Ph.D./Chana Givon at 4:24 PM