Hours before primary, PM calls on Likud members to vote 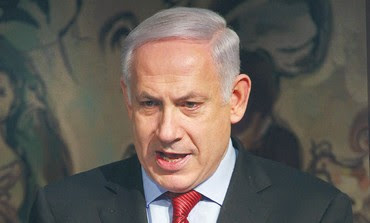 Prime Minister Binyamin Netanyahu called on the Likud’s 125,351 members to vote in Sunday’s tight primary race, while activists released lists of recommended candidates in light of Operation Pillar of Defense and the security situation in the South.
“I call on you to come vote for the Likud candidates in the next Knesset,” Netanyahu said in a prerecorded call to party members. “In this primary, you will choose the country’s leadership in the coming years. Come influence, decide and vote.”
Polling stations are due to open at 9 a.m. on Sunday.
Meanwhile, “Your Path-Our Path,” a group of Likud activists in the South, put out one of the many lists of recommended primary candidates disseminated in recent days, this time based on a poll of party members in the area.
Southern Likud members support Strategic Affairs Minister Moshe Ya’alon, Home Front Defense Minister Avi Dichter, who moved to Likud from Kadima, Vice Premier Silvan Shalom, Deputy Minister Gila Gamliel, and MKs Ofir Akunis, Danny Danon, Carmel Shama-Hacohen and Aleli Admasu, as well as several newcomers: Gabi Avital, Tzipi Gordin and Shimon Sarel.
Nearly every list of recommended candidates released last week included Ya’alon.

Many Likud activists believe and hope that Ya’alon, a former IDF chief of staff, will replace Defense Minister Ehud Barak in the next Knesset if he gets a high slot on the party’s list.
Right-wing NGO Matot Arim released a list of MKs who voted for and against the disengagement from Gaza in 2005, saying it “caused the current military fiasco in the South.”
Only Public Diplomacy and Diaspora Affairs Minister Yuli Edelstein, Environmental Protection Minister Gilad Erdan and Deputy Regional Development Minister Ayoub Kara had perfect voting records against the disengagement.
Matot Arim also listed MKs Danon, Ze’ev Elkin, Yariv Levin and Tzipi Hotovely as having the most nationalist and pro-settlement voting records in the 18th Knesset.
Meanwhile, The Nationalist Camp, a highly influential right-wing Likud voters group led by Shevach Stern and Natan Englesman, recommended many of the MKs listed above, including Edelstein, Elkin, Hotovely and Levin, as well as Manhigut Yehudit leader Moshe Feiglin, who is expected to make it into the next Knesset.
MK Haim Katz has been called the most powerful man in the Likud, with influence over nearly 10,000 party members as the head of the Israel Air Industries (IAI) union. Katz has made a deal supporting Transportation Minister Israel Katz and several other, less-known candidates, like IAI engineer Meir Malka in the Shfela regional spot.
With recent polls giving a joint Likud-Yisrael Beytenu list 34-38 seats, 97 candidates are competing for 24-25 spots in Sunday’s Likud primary, in which 125,351 party members will vote.
Yisrael Beytenu’s list is chosen via a selection committee, and their spots on the joint list have yet to be decided, other than Foreign Minister Avigdor Liberman, who will be No. 2.
Of the Likud’s 27 MKs in the 18th Knesset, only Netanyahu is guaranteed to make it into the 19th. The second to 21st spots are elected to the national list with ensured representation for two women and one new immigrant. The 22nd and 23rd spots are for the Shfela and Dan regions, followed by the 24th for a new female candidate and the 25th for minorities.
Six MKs – Culture and Sport Minister Limor Livnat, Gamliel, Hotovely, Deputy Minister Leah Nass, Miri Regev and former Kadima MK Yulia Shamolov-Berkovich – are competing for the 10th and 20th spots saved for women. If more than two women are elected in the top 20, those spots are no longer saved, and the women are ranked according to the number of votes they receive.
Jpost.com staff contributed to this report