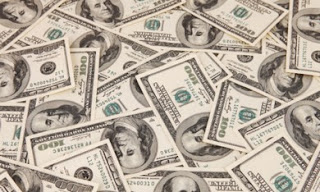 Pro-Israel organization decries US Jewish support of Media Matters, Center for American Progress who are accused of anti-Semitism.

“The Center for American Progress and Media Matters claim to be in the liberal mainstream. But is being anti- Israel a liberal value?” the ad on Thursday asked. The ad includes a cartoon of a wolf holding a sheep mask, suggesting that Jewish philanthropy groups are being hoodwinked by the two organizations’ anti-Israel agendas.

CAP is a think tank associated with the US Democratic Party and President Barack Obama’s Middle East policies.

The Washington-based Emergency Committee’s ad includes a breakdown of Jewish organizations that donate to the two organizations.

According to the roster, the Combined Jewish Philanthropies of Greater Boston, the Community Foundation of the United Jewish Federation of San Diego and the Jewish Communal Fund donate to both. (Foundations with a non-Jewish focus were also listed in the ad.) The Emergency Committee ad cites recent quotations from leading American Jewish organizations – the American Jewish Committee, Anti- Defamation League and Simon Wiesenthal Center – attacking CAP’s anti-Israel and anti-Jewish agenda.

CAP garnered widespread media attention in the US when a faction of bloggers took to the organization’s ThinkProgress website and Twitter, and charged that supporters of Israel were agents of the Jewish state engaged in treason against the US. Two of these bloggers, Zaid Jilani and Ali Gharib, used variations of the white supremacist term “Israel Firster” to smear a US senator and advocates for the security of the Jewish state.

According to information obtained by The Jerusalem Post, CAP discharged Jilani but continues to retain a group of writers who have over the years downplayed the Iranian nuclear weapons program and contributed to the delegitimization of Israel’s right to exist.

CAP spokeswoman Andrea Purse refused to comment when asked about the ad. She did email the Post in late February regarding the organization’s policy on staff anti- Semitism: “The Center for American Progress is and always has been pro-Israel, committed to a peace process that produces a durable twostate solution negotiated by the parties, and it takes seriously the threat posed by Iran and its nuclear activities... We have a zero-tolerance policy on anti-Semitism. We have written critically about its continuing use in contemporary political debates, and we take any allegation of anti- Semitism extremely seriously.

A very small number of tweets on the personal accounts of ThinkProgress staff were inappropriate, and the authors have publicly apologized for using objectionable language.”

According to experts, anti-Semitic and anti-Israel rhetoric continue to appear on CAP’s blogs, an allegation Purse denied.

“That language never appeared in any CAP or ThinkProgress publication, and we have taken steps to ensure that all CAP staff maintain the highest standards in their communications even in their personal social media accounts,” she said.

Unlike CAP, Media Matters has not touted a zero-tolerance policy against such language.

Additionally, M.J. Rosenberg, a fiercely anti- Israel writer, continues to work for Media Matters and has defended the use of the phrase “Israel Firster” to denigrate supporters of Israel.

According to Harvard law professor Alan Dershowitz, “Media Matters and Center for American Progress are two extremely left-bigoted groups that are so virulently anti-Israel and anti-supporters of Israel that they’ve gone over the line from anti-Zionism to anti-Semitism.”

Dershowitz also says in the ad, “When I started reading their stuff, it sounded like the kind of stuff you read on neo- Nazi websites... Or on Hezbollah- supporter websites. It is so extremist.”

The ad also quoted from a widely read article in the online magazine Tablet, written by liberal journalist and blogger Spencer Ackerman.

“For months, M.J. Rosenberg of Media Matters, the progressive media watchdog group, has been throwing around the term ‘Israel Firster’ to describe conservatives he disagrees with... ‘Israel Firster’ has a nasty anti-Semitic pedigree,” he wrote.

When asked about whether Media Matters supports the use of the term and Rosenberg’s writings, Media Matters spokeswoman Jess Levin told the Post that she” would be in touch.” However, a follow-up Post email to Levin was not immediately returned.

Speaking from Washington, Josh Block, a former spokesman for the Clinton administration and a former spokesman for the American Israel Public Affairs Committee, told the Post on the phone that "Unlike CAP, which has condemned what they called 'terrible anti-Semitic language' used by their staff and pledged to prevent future outbreaks of the anti-Israel, borderline anti-Semitic and anti-Semitic rhetoric identified by the ADL, AJC and Wiesenthal Center, that appear on their site, blog and twitter from some of their staff, fellow members and bloggers, Media Matters continues to pay for and spout Jew-hatred. "

He continued that "Spreading anti-Semitic and anti-Israel invective and inspiring other to join in their Jew-hatred is extremely dangerous and fundamentally incompatible with the values of the America, the Democratic party and all civil discourse. Media Matters must end this disgrace or take ownership of it and be know as an anti-Semitic organization."

Block noted that, "elected officials and other prominent democrats who associate with Media Matters may not be aware of the depth of the problem, but once they are alerted, they have a moral obligation to speak out publicly against this bigotry and cut ties with the group until it ends - unless of course they agree with Media Matters and neo-Nazis that it is a good idea to call elected officials and other pro-Israel -Americans 'Israel Firsters."'
Posted by GS Don Morris, Ph.D./Chana Givon at 5:11 AM