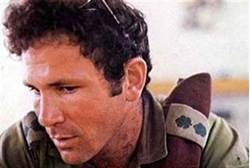 Almagor campaign to call for "a return to the spirit of Yoni Netanyahu," commander of Entebbe raid.


Terror victims' group Almagor demanded Thursday that Prime Minister Binyamin Netanyahu and Defense Minister Ehud Barak immediately publish the conclusions of the Shamgar Committee, which was appointed to set rules for cases in which soldiers and/or civilian citizens are abducted by the enemy.

Its conclusions have not yet been made public because the committee met after the Shalit abduction and did not want to influence activity that might have already begun to free him. The group also announced plans for a new campaign calling for a return to the spirit of Yoni Netanyahu, brother of the prime minister. Yoni was commander of the Sayeret Matkal elite IDF commando unit and was killed in the raid that freed the hostages of an Air France flight forced to land in Entebbe, Uganda, in 1976. At the time, Israel refused the demands of the terrorists to free prisoners in exchange for the hostages.
The slogan will be "Let us return to the spirit of Yoni Netanyahu! – We will not let Bibi destroy the spirit his brother led."

"We will not let Bibi [Netanyahu] and Barak continue to hide from the public the principles set by the Shamgar Committee even if they are contrary to the way they chose to act. Otherwise we will turn to the High Court," warned Almagor chairman Meir Indor.
"There are already MKs who are in favor of turning the Committee's recommendations into law," he added.

Another of Almagor's planned campaigns will demand a death sentence for terrorists.
Channel 2 TV reported over the holiday that the Shamgar Committee called for tough guidelines that would limit the freedom of governments to use their own judgment in future negotiations over abducted citizens.

The members of the committee are to meet next week with the officials who negotiated Glad Shalit's release. They will question the negotiating team, which was led by David Meidan, and receive their recommendations and conclusions.