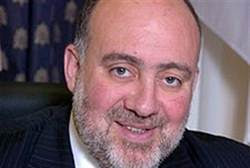 Israel’s United Nations envoy Ron Prosor put the facts on the line Monday and stated that the Arab world blames Israel for all its woes while failing to help its own people.

He said during a debate on "The situation in the Middle East, including the Palestinian question” that “for generations, the Arab world has failed miserably to address the needs of its own people.” Prosor was highly successful as ambassador to Britain before taking up his new post in the summer and his oratory already has proved him to be one of the best Israel UN ambassadors in years.

“From 1948 until 1967, the West Bank was part of Jordan, and Gaza was part of Egypt.” Prosor stated. “The Arab world did not lift a finger to create a Palestinian state. And it sought Israel's annihilation when not a single settlement stood anywhere in the West Bank or Gaza.”

He also exposed in simple but glaring language ”a glimpse into the real world of the Middle East.”

“And with their world in flames, Arab leaders continue to blame Israel and the West for all their problems. For years, it's the only explanation that they have been able to offer to their own people… Everything wrong in the Middle East, according to many Arab leaders, is simply Israel's fault. If it's not the Mossad, it's the CIA, or MI6, or some other ‘foreign force.’

Pointing out the brutality of rulers and former rulers in Egypt, Syria, Iran and Libya, the ambassador added, “Two roads stand before us. There is the future offered by Iranian and Syrian leaders -- a future of more extremism, greater violence and continued hate. And there is another road - a path of progress, reform and moderation…

“It is time for this Council to stop ignoring the destructive forces that seek to keep the Middle East in the past, so that we can seize the promise of a brighter future."

Prosor also admonished Palestinian Authority Chairman Mahmoud Abbas for omitting any reference to Judaism when he told the United Nations last month, "I come before you today from the Holy Land, the land of Palestine, the land of divine messages, ascension of the Prophet Muhammad (peace be upon him) and the birthplace of Jesus Christ (peace be upon him)."

“He denied 4,000 years of Jewish history,” Prosor said. “It was not a small omission. It was not an oversight. The Palestinian leadership attempts to erase the connection between the Jewish people and the Land of Israel."

Prosor also told the UN Security Council that "Today the Palestinian leadership is calling for an independent Palestinian state, but insists that its people return to the Jewish state".

"The idea that Israel will be flooded with millions of Palestinians is a non-starter. The international community knows it. The Palestinian leadership knows it. But the Palestinian people aren’t hearing it. This gap between perception and reality is the major obstacle to peace. The so-called right of return is the major hurdle to achieving peace," he stated.
--