The Famous State of Palestine 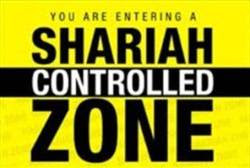 Global leaders are so busy speaking of how essential it is for a “State of Palestine” to be founded that none of them seems to have noticed that it already exists in practice in the Palestinian Authority. Since the Palestinian Authority was established in 1994, the contours of the “State of Palestine” that they wish have taken form in front of our eyes.

So what will this famous “State of Palestine” be like?
It will be a racist state ethnically cleansed of Jews, as the PLO representatives proclaimed the last week.

It will be a state led by Holocaust enablers like Hamas or by a Holocaust-denier like Mahmoud Abbas, who in a book downgraded the number of Jewish victims and denied that the gas chambers were used to murder Jews.

In any case, it will be a state committed to the destruction of the nearby Jews’ homeland.

A state that will stone to death Arab homosexuals and prostitutes, who are now finding a shelter in Israel. A state that will torture Arab inmates in prisons and that will throw political dissidents from the roofs of public buildings.

A state where the Iranian clergy will preach the Khomeinist ideology. A state that will accept checks and support from the genocidal Muslim Brotherhood in the name of “the caliphate or death”, as the Islamists who assassinated Egypt’s Anwar Sadat in 1981 decorated their holding cages.

A state where the sharia – the Islamic code – will be the only rule of law. A state that will be put to death human beings simply because guilty of apostasy (conversion to Christianity). A state where the women will be obliged to wear headscarves. A state where “honor killings” will terrorize the female population.

A state that will commemorate terrorists, human bombs and baby killers in public squares, streets and monuments.

A state that will not hold democratic elections, but that will be a combination of corruption, dictatorship, Islamic theology and “binladenism”.

A state where terror militias will cut fingers off smokers.

A state where public libraries will become the largest global archive of anti-Semitic books.

A state that will ban drinking in public buildings. A state where liquor stores will be blown up by terror groups.

A state where men will be banned from women’s hair salons.

A state where security forces will arrest people for expressing opinions unpopular with the regime, as well as punishing media organizations and journalists for their coverage of such statements.

A state where the ratio of militiamen/men- under-arms to civilians will be higher than in any other country. A state where worshipers in mosques will be gunned down by terrorists.

A state that will encourage a new category of Arab refugees, those who would gladly escape oppressive and murderous Palestinian control.

A state where ambulances will be stopped on the way to hospitals and wounded will be shot in cold blood. A state that would be a heavily armed union of rejectionists all dedicated to destroying the shards of Western values.

A state where young couples will not walk hand in hand in the Al Manar Square of Ramallah and where plainclothes officers will halt them in the streets, demanding to see marriage licenses.

A state that will declare war on Judaism, depicting Jewish history in the Middle East as no more than an insignificant, brief sojourn by arrogant colonizers.

Who would live in such a state? So why the world is dribbling at the mouth about the creation of a “State of Palestine”?

Is it because Arab state number 23 and Muslim state number 58 will be the perfect tool for the evaporization of the lone Jewish state in the world?

6 miles is the distance between the Israeli city of Afula and the “State of Palestine”. 9 miles to the city of Netanya. 11 miles to reach the skycrapers of Tel Aviv. 4 miles to bomb the Ben Gurion International Airport. Just a mile to the city of Kfar Saba.

Building the small Palestinian caliphate on Israel’s shoulders is the first step of throwing the Jews in the sea.

Giulio Meotti, a journalist with Il Foglio, is a weekly columnist for Arutz Sheva. He is the author of the book "A New Shoah", that researched the personal stories of Israel's terror vicitms, published by Encounter. He lives in Italy. His writing has appeared in publications, such as the Wall Street Journal, Frontpage, YNet, Makor Rishon and Commentary.