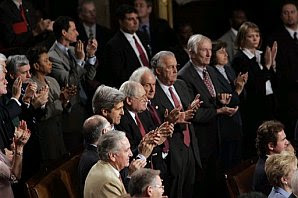 WASHINGTON – The US House of Representatives approved $205 million in new funding for Israel’s Iron Dome missile defense project by a vote of 410-4 on Thursday. The project is being developed to protect civilians, primarily along the Gaza Strip and Lebanese border, from short-range rockets and mortar attacks. With nearly every square inch of Israel at risk from rocket and missile attacks, we must ensure that our most important ally in the region has the tools to defend itself,” House Foreign Affairs Committee Chairman Howard Berman (D-California) said following the vote.

Following US President Barack Obama’s announcement of the allocation last week, the House decided to hold an expedited vote on the funding rather than include it in the defense appropriations that has been the usual mechanism for aid to Israel’s missile defense program, since this way, if the Senate takes a similar approach, the money can be delivered more quickly, House staffers said.

US sources said Defense Minister Ehud Barak’s lobbying for the program during a visit in April had helped convince the administration to back it. The US has given tens of millions of aid for the longer-range Arrow and David’s Sling missile defense projects.
Posted by GS Don Morris, Ph.D./Chana Givon at 1:47 PM