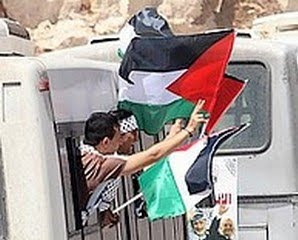 Fatah does not rule out the possibility of resuming an “armed struggle” against Israel if the US-sponsored proximity talks fail, a senior Fatah official said on Saturday. Abbas Zaki, a member of the Fatah Central Committee and former Palestinian envoy to Lebanon, said that the Palestinians may also demand the implementation of United Nations Resolution 181, which was adopted in 1947 and recommends the division of the British Mandate of Palestine into two states, one Jewish and one Arab, with the Jerusalem-Bethlehem area being under special international protection.

Zaki’s threat was made during an interview with the Jordanian newspaper Al-Ghad.

This was not the first threat of its kind by a top Fatah official in recent months, and it came fast on the heels of a threat last week by Fatah Central Committee member Nabil Shaath, who said that “there is a need to create and endorse new struggling tools, such as the popular resistance, and to increase our efforts in the international arena to isolate and punish Israel, prevent it from deepening its relations with the European Union and attempt to expel it from the United Nations.”

Zaki, who is also an elected member of the Palestinian Legislative Council, told the Jordanian paper: “If Israel insists on closing the doors to peace, as it is currently doing, peace and stability won’t be achieved in the region. We will then go to the United Nations and demand that we start from the beginning of the conflict, meaning going back to Resolution 181 and the armed struggle.”

The Fatah official said that Israeli “intransigence” and “aggression” would force the Palestinians to return to the pre-Oslo Accords period, including the option of waging an armed struggle against Israel.

Zaki said that the PA should not repeat the mistake of the past, when it engaged in a “deaf dialogue” with Israel for 18 years after the signing of the Oslo Accords.

“We shouldn’t give Israel more time,” he stressed. “We must start thinking of all forms of struggle and taking measures to make Israel pay a price for its aggressive practices.”

A senior Israeli official characterized Palestinian threats about a return to violence as a “serious problem.”

“The whole peace process with the Palestinians was based on a commitment by Yasser Arafat and the Palestinian leadership that the Palestinian national movement was going to abrogate violence and pursue engagement through negotiations. If they return to violence, they are taking us back to the days before the Oslo process,” he said.

The official termed this type of call a “huge problem and antithetical to the peace process.”

Palestinian intransigence, evident in Yasser Arafat’s rejection of then-prime minister Ehud Barak’s offer at Camp David in 2000 – followed by PA President Mahmoud Abbas’ rejection of Ehud Olmert’s offer in 2008 – is the reason the peace process has not succeeded, the official countered.

“They can’t, on the one hand, be intransigent, and on the other hand, say the peace process doesn’t work,” the official said.

'Palestinians are a testing field for modern weapons and Israeli adventures.'

The present Israeli government, Zaki charged, is not authorized to make any concessions to achieve peace. He said that an agreement could nevertheless be achieved if the US managed to convince the “Jewish lobby,” AIPAC and Israeli leaders to stop tampering with the lives of the Palestinians and the resources of the Middle East.

The Palestinians would not make any concessions on the issues of Jerusalem and the “right of return” for Palestinian refugees, he said.

“Israel is hoping that these two issues would not be included in the talks, and this is a serious matter,” he said. “The conflict began for the sake of the refugees and escalated for Jerusalem. We don’t see a Palestine without Jerusalem and we believe that the pain and struggle won’t end without the right of return for those who lost their homes and lands.”

Reiterating the PA’s opposition to the idea of a Palestinian state with temporary borders, Zaki said that the Palestinians have already “paid everything for the sake of peace and it’s time to put an end to the bloody and violent conflict.”

He also did not rule out the possibility that Israel would wage another massive military operation against the Gaza Strip.

“This is our fate,” he added. “The Palestinians have become a testing field for modern weapons and Israeli adventures.”

Comment: This is a replay of a worn out story-the VICTIMS again-of course, their behavior and actions have nothing to do with the current situation. BTW this is precisely what preceded their starting the second intifada-stand by-d
Posted by GS Don Morris, Ph.D./Chana Givon at 9:34 AM