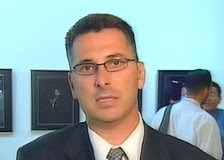 "There's a need for a response to the natural growth occurring in Judea and Samaria, and by building the schools and classrooms we will allow the pupils better learning conditions," he added.

In July, British Prime Minister Gordon Brown backed the call for a freeze on construction in Jewish communities in the West Bank, telling a group of politicians that he thought it could restart the peace process.

"The deadlock has to be broken in some way," Brown said at the time. "I feel that if the Israelis were prepared to freeze settlement construction, there would be a response in the Arab world. And I think that is a way that you can see that movement forward could happen.

"All of us are putting pressure [on Israel], recognizing, of course, that Israel must have guarantees about its security, recognizing that a Palestinian state cannot be viable unless it is economically viable."

The British Embassy in Israel responded on Wednesday by echoing Brown's remarks, telling The Jerusalem Post that, "What the prime minister has said [regarding settlements in the past] still stands.

"Britain, along with the rest of the international community, view the settlements as illegal, and we call on Israel to abide by its commitments under the road map," said British Embassy spokeswoman Karen Kaufman.

"Britain would want to see a complete freeze to settlements, and that includes the natural growth that the education minister spoke about."
This article can also be read at http://www.jpost.com /servlet/Satellite?cid=1251804531963&pagename=JPArticle%2FShowFull
Posted by GS Don Morris, Ph.D./Chana Givon at 6:52 AM