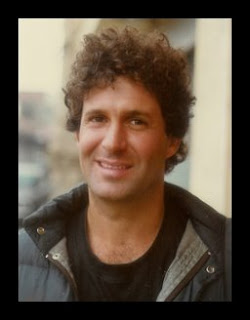 Like the light that continues to travel from a star that has died - long after it has gone. We must continue in this light.
We shall see this through - with a sense of deep loss - and carry on with the courage that Tsafrir had.

This evening - after Shabbat - a message came through that Israel and the Jewish people have lost a hero - Tsafrir Ronen- a moshavnik from the north. He was an unusual man - fiery in his defense of Israel, had made documentaries about our history and rights to the land and was working to create a TV channel directly from here in order to tell the Jewish narrative to the world. . Tsafrir was unique- a secular Israeli in his 50s -with a completely traditional attitude towards Eretz Yisrael as he always called the Land. He knew where each of the tribes had lived, the Biblical name of each city and he cherished the dream of continuity in the future because he knew from where we had come.

Tsafrir was knowledgeable in the history of the region and the promise of less than 90 years ago by the League of Nations which committed to the re-creation of a viable Jewish homeland including what is today Jordan and Palestine. It pained him to see the continuous whittling down of even the western territory - that which is called 'Palestine' and comprises only 22% of the original promise - in an effort to appease others - and the ongoing efforts in the interest of a fictitious 'peace process'.

During Sharon's 2005 'expulsion' of Gush Katif and 4 northern communities in Samaria, one of the latter in this catastrophe was Homesh and Tsafrir was involved in Homesh First - a return to that place -as a start. He also traveled to Hevron frequently to stand with those who live there. This was a long trip each time from his home up north but he did what he thought was right for the country. Surely the recent forced expulsion of Jewish families from Bet HaShalom in Hevron and the policies of some Israeli governments played a part in undermining his health; he was so completely invested in preserving the integrity of Israel.

During some conferences where Tsafrir was among the speakers, others referred to their notes; Tsafrir spoke extemporaneously - from his heart - impassioned by his deep love for Eretz Yisrael and how this is a Land to be cherished. His spirit and actions transcended all of politics.

Today, Chanukah - a holiday that commemorates heroism of our people - we have lost a modern day hero. We are in a state of shock and grief; our response must be to continue his work. Our deepest condolences to his wife, children, and the other members of his family.

Thanks for writing about Tsafrir. He was a dear friend, a colleague and no one loved Eretz Yisrael more than he did. We've lost a great light. I think he's in Shamayim yelling at HaShem to save the Land of Israel and the People of Israel right now!