Israel must fight and win 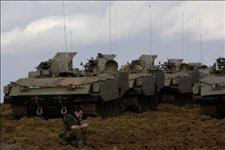 Union Army Gen. William Tecumseh Sherman – the man responsible for laying much of my family’s homeland to waste in the final year of the American Civil War – once said, “War is all hell.” He was right: There is no way to bring war to the enemy that does not mirror what we might imagine hell to be. Nevertheless, there are indeed justifications for this hell-on-earth we call “war.” Though some will deny it, the very security and prosperity we Americans enjoy today is an absolute extension of our own battlefield victories and success in war since 1775. And so the idea of approaching war half-heartedly or without the same willing commitment to destroying the enemy as is his toward us, is both foolish and destructive.

Which is why I tip my hat to Israel in its hard-hitting military offensive against the Iranian-supported terrorist group Hamas in Gaza, and pray for both Israel’s ultimate, decisive victory and a speedy end to the conflict for the sake of the innocents.

But make no mistake, Israel has a right – in fact an obligation to its people – to fight madmen who deliberately target civilian populations (with no military value whatsoever) with rockets, mortars, and suicide bombers.

Former CIA operations officer Clare M. Lopez, vice president of the Intelligence Summit and a professor at the Centre for Counterintelligence and Security Studies, agrees.

In a conversation over the holidays, Lopez says, “This action signals Israel's recovery [since the 2006 war with Hizballah in Lebanon], renewed determination to demonstrate its refusal to give up, and dedication to its own survival.”

Thank God: because Israel must never surrender to forces which would have no qualms about driving every non-Muslim man, woman, and child into the sea. Nor should we. And that means delivering “hell” in its myriad manifestations to the enemy on all asymmetric fronts: including military, political, and media (through the aggressive prosecution of the broader war of ideas).

The enemy is certainly fighting us on all fronts, and he is cleverly forcing Israel and the West onto ground, which – for the good guys – is impossible to attack from or defend.

As Middle East expert Dr. Walid Phares, director of the Future of Terrorism Project at the Foundation for the Defense of Democracies, points out, “It is clear that the Gaza war – triggered at the request of Tehran in the framework of an ongoing regional strategy pursued by the Khomeinist regime at least since 2005 – is aimed at collapsing both the democratic and peace processes from Afghanistan, Iraq, and Lebanon, to the Palestinian territories."

Every move is calculated and carefully orchestrated.

"There is an ominous, strategic goal behind Iran's ordering Hamas to engage Israel and flare up the Gaza battlefield," Phares tells me. “It is to force Israel into a precarious situation internationally wherein Israel would not be able to launch a preemptive strike against Iran's nuclear sites. For – as the strategists in Tehran project – when Israel is fighting in the Gaza slums, there would be such international pressure that it would seem unthinkable for the Israelis to also strike at Iran."

So do we have the stomach for this kind of war? Israel must: With Jihadist armies like Hamas in Gaza (Israel’s “critical southwestern front” according to Phares) and Hizballah in Lebanon (the “northern front”) surrounding them, and state-sponsors of terrorism like Iran (easily within ballistic missile range) threatening to wipe the Jewish state off the earth, Israel has no choice.

According to Lopez, “Israel draws the especial enmity of the Muslim world for its temerity to even exist as a Jewish state [despite the fact that Jews dwelled in those lands centuries before Mohammed was even born, and that birth was in Mecca, not Palestine nor anywhere else in what would become greater Israel], but also because it is an outpost of Western-style liberal tolerant pluralist democracy. There is no other state like it in the entire Middle East that embodies the values of Athens and Rome, as well as Jerusalem. This, too, is an affront to the objectives of the Islamic Jihad, which scorns individual liberty, tolerance for diversity, religious freedom, gender equality, and above all, equality between Muslims and non-Muslims.”

But then we have the gutless, ill-informed white-flaggers on Capitol Hill who were willing to surrender to the Jihadists in Iraq even when we had them on the ropes a few years back (That crowd on the Hill continues to damn our operations in both Iraq and Afghanistan with faint praise.). And what the Lebanese government, the U.S., and the greater international community have allowed Hizballah to become since the 2006 war – and to a greater degree since that terrorist group’s murderous rampage across Lebanon in May 2008 – is nothing less than a travesty.

Forget the diplomacy of gentlemen: It doesn’t work with Jihadists – celebrating bombers who deliberately target kids on playgrounds and families in restaurants – who only pretend to negotiate and come to terms in order to buy time for Jihad.

“But we continue to dither, and the new American leaders are fooling themselves when they say that vigorous diplomacy can induce the mullahs to retreat,” writes international terrorism expert Michael Ledeen at PajamasMedia. “It won’t happen, any more than the Israelis got the terrorists to retreat from all-out war against the Jews when the Oslo Agreement was signed, or when Rabin shook hands with Arafat. It only delayed the days of reckoning, at the cost of many lives, mostly of innocents, on both sides.”

So, yes, “war is hell,” potentially more hellish today than at any time in history, which is why we must never lose when fighting an enemy who will never quit. Israel and the West has no choice but to fight the terrorists, aggressively, unapologetically, with an absolute commitment to win on every front. And that fight must be on our time-schedule … never the enemy’s.