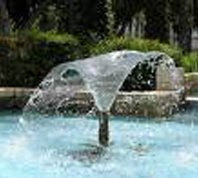 Israel may be in a severe water crisis, but in the city of Rishon LeZion the drought isn't causing any alarm. Summer temperatures regularly soar to the upper 80s and 90s, there's no rain for six months of the year, and the country's key source of drinking water, the Sea of Galilee reached the critical "Red Line" in July, but still city residents remain relaxe That's because Rishon LeZion, 20 kilometers south of Tel Aviv, is well on its way to becoming the "first independent municipal water economy? in Israel. It's a groundbreaking initiative that is attracting interest from countries all over the world searching for solutions to their own water problems.

Currently, Rishon LeZion provides 70 percent of its own water from local sources such as wells, with the remainder being supplied by Mekorot, Israel's national water company. But the city's municipal water company, Meniv Rishon, has set itself an ambitious goal: to turn Rishon LeZion into the first city in the country to be 100% water self-sufficient.

"We want to supply all of our water needs ourselves, for industry, agriculture and for households too," says Daniel Low, general manager of Meniv Rishon, a corporation owned by the Rishon LeZion Municipality.

A pioneer in water conservation

Saving water may have become a hot topic in 2008, but Rishon has been pioneering water conservation since 2001 when the city's mayor, Meir Nitzan, announced his bold new vision for the city's water policy.

So how does one company plan to turn such an unprecedented scheme into reality? Over the coming years, Meniv intends to phase out the rest of its supply from Mekorot and replace it with a combination of locally harvested water, primarily rainwater collection and building a new desalination plant, as well as replenishing the aquifer's underground water resources.

Since it began collecting rainwater in 1999 in a lake located between the Rishon's western city limits and the beach, 11 million cubic meters have been filtered into the aquifer below, helping to reverse the pollution and depletion it has suffered over the years.

Thanks to a newly built 16km pipe, water collected in the lake is also being used in the northwest of the city for sprinklers and irrigation in public gardens and other open spaces, providing a vital breath of fresh air in Israel's highly urbanized coastal plain.

Low says that this has already saved over 1 million cubic meters of water in the last year, not to mention the tidy sum of NIS 4.5 million, a figure which will rise significantly when plans for two more reservoirs in the east of the city come to fruition in the next four or five years. "But we are still losing millions of cubic meters each year from run-off," explains Low. "We want to collect water across the entire city, not just in the northwest."

The next major stage is to build a desalination plant to transform salty water from four wells near the Mediterranean Sea into water for drinking or agriculture. Construction is due to get underway in the next year and once completed in 2010, it is anticipated the plant will supply 3.7 million cubic meters of water a year.

Such an ambitious scheme comes with a price tag: nearly $23 million for the desalination plant, as well as $11 to 14 million for the two new reservoirs. But Low is confident that the consumer will be the winner in the end, as the price of water in Israel, like many other countries, is due to rise sharply in the future.

"The cost of water in Rishon LeZion will go down. That's one of the principal targets in the long-run: to make water cheaper for people," he says, adding that water will cost between 40 to 45 cents per cubic meter when the desalination plant is operational, compared to the current cost of around 80 cents per cubic meter for water from Mekorot, a price which is predicted to rise even further in 2009.

Now the vision of Rishon LeZion is catching the imagination of other parts of Israel, such as the Arab city of Nazareth, as well as countries elsewhere around the world keen to learn a thing-or-two about water conservation, including Italy, the Ukraine and Australia, which are all coping with water crises of their own.

Even tropical Brazil, where rain is hardly in short supply, has been seeking advice from Meniv Rishon to explore innovative new systems of making additional sources of water available for the country's citizens.