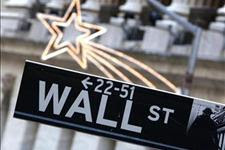 When the mortgage bubble burst, Americans were “shocked” at how many Wall Street buccaneers had been gambling in a vast pyramid scheme with someone else’s money. Paper fortunes were made buying and selling questionable sub-prime mortgages on the silly assumption that such gargantuan inside profiting would always expand — even as the number of homebuyers able to buy overpriced properties was shrinking. Now after the recent crash in sub-prime mortgages and the stock of several investment firms, a trillion dollars in “assets” could be nearly worthless. An already indebted American government must restore some sort of trust to banks and markets by either printing money or borrowing hundreds of billions of dollars from foreign creditors to guarantee loans.

All that remains of this Ponzi scheme is the election-year blame game. Republicans charge that important financial firewalls were dismantled by the Clinton administration while insider liberal senators got shady campaign donations in exchange for aiding Wall Street. Democrats counter that the laissez-faire capitalism espoused by Republicans for two decades encouraged financial piracy while tax policy favored the rich speculator over the middle-class wage earner.

But no one dares to ask what really drove the wheeler-dealer portfolio managers. Who re-elected these shady politicians of both parties? Who fostered the cash-in culture in which both Wall Street profit mongering and Washington lobbying are nourished and thrive? We citizens did — red-state conservatives and blue-state liberals, Republicans and Democrats, alike. We may be victims of Wall Street greed — but not quite innocent victims.

Let me explain. The profiteering was not just the result of a few thousand scoundrels on Wall Street or in Washington, as greedy and as bonus-hungry as many of them no doubt were. Look at the housing market as a sort of musical chairs in which everyone profited as long he grabbed a seat when the music stopped. Then those left standing — with high-priced loans and negative equity when the crash came — defaulted and stuck taxpayers with debt in the billions of dollars. But until then, most owners who had sold homes cashed out beyond their wildest dreams.

Thousands of dollars in past profits are still in sellers’ bank accounts or were spent on their own consumption. If the shaky buyer at the bottom of the pyramid should not have borrowed to buy an overpriced house, then the luckier seller higher up hardly worried that the cash-strapped fool was paying him way too much with unsecured borrowed money.

We created the cultural climate for this shared madness. Television shows advised how to “flip” a house after putting in cosmetic improvements. Real-estate seminars and popular videos convinced us that homes were not places to live in and raise a family but rather no different from piles of chips on a Vegas table.

We created the phony populist creed that everyone deserved to own a house. So lawmakers got the message to relax lending standards in service to “fairness.” But Americans forgot that historically nearly four in 10 of us aren’t ever ready, or able, to sacrifice for a down payment, monthly mortgage bills, home maintenance and yearly taxes — and so should stick to renting.

The problem went way beyond real-estate fantasies. Five-percent interest as a return on our money was once considered pretty good — especially inasmuch as a factory or farm on the other side of the banking equation could not really stay in business paying 10 percent in interest to banks for its necessary borrowing.

But soon retirement-account holders and institutional investors began to expect as a given 7, 10 — and even 20 — percent “return” on their portfolios. Wage earners and professionals alike compared the glossy brochures that appeared in the mail, and then jumped to this 401(k) investment or that mutual fund to “maximize” retirement portfolio earnings.

How Wall Street managers, eager for more multimillion-dollar bonuses, planned to deliver on their promised sky-high returns no one asked. But it often proved to be more by hook-and-crook shell games than by financing new productive businesses or by extending credit for the production of real goods in vital plants.

In a larger sense, this zeal for quick profits and easy money reflected an oblivious too-good-to-be-true culture in which we drove larger cars but demanded more oil drilling from everyone except ourselves. We expected both expanded government entitlements and lower taxes.

Our government borrowed ever more money from foreign creditors, because it was a collective reflection of our own profligate financial habits. Of course, we should reform Wall Street and Washington — and punish severely the crooks in both places. But Americans should remember that Frankenstein was not the name of the monster but of its creator.
Posted by GS Don Morris, Ph.D./Chana Givon at 4:39 PM