Mowing the grass in Gaza – and beyond

The war with Hamas, unreliability of Abbas and regional instability have forced a shift in Netanyahu’s thinking. 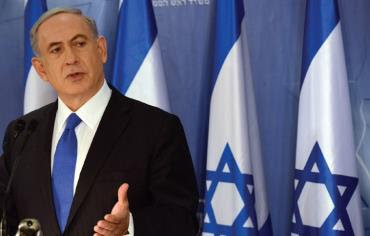 PRIME MINISTER Binyamin Netanyahu speaks at a press conference in Tel Aviv on Friday Photo: HAIM ZACH/GPO
Israel’s protracted conflict with Hamas in Gaza, the feebleness and fecklessness of the Palestinian Authority in the West Bank, and the gains made by radical Islamists in Arab civil wars raging across the region call for a reassessment of Israel’s strategic posture.

In a situation of multiple threats from implacable, non-state enemies such as Hamas, Hezbollah, Islamic Jihad, al-Qaida and the Islamic State (ex-ISIS), and in an environment where all Arab and Islamic states from Marrakesh to Bangladesh are beset by instability, Israel must figure out how to best guarantee its security for the long term.

Prime Minister Binyamin Netanyahu has begun to give us a window into his updated strategic thinking on this question. In a little noticed speech in Tel Aviv two weeks ago, and in a press conference last Friday, Netanyahu laid out the essentials of an updated defense doctrine.

The bottom line: Israel must actively defend all its borders by itself, including the security envelope in the Jordan Valley and West Bank. And, Israel will act to “mow the grass” as frequently as necessary to degrade enemy military capabilities and keep Israel’s rivals off-balance.

When taken to their logical conclusions, these two policy planks dictate a shift in Israeli policy, a course correction that needs to be appreciated.

For the past two decades, Israeli policy has been based on the twin pillars of pretentious Peres-ian optimism: That a “New Middle East” was dawning based on peaceful economic cooperation, and that the establishment of a full-fledged Palestinian state alongside Israel would guarantee security for Israel.

Both conceptions have collapsed. They were illusions.

No peaceful “New Middle East” is emerging any time soon no matter how much Western largesse is invested, and no Palestinian government can be trusted to keep the peace. Be they weak or nasty, our Arab neighbors, especially the Palestinians, cannot be relied upon to act in ways that meet Israel’s security needs.

Consequently, Israel must build strong fences on every frontier; ensure the nonmilitarization of the West Bank over the long term with its own forces; and act to bring about the demilitarization of problem areas such as Gaza and Sinai.

“Who knows what tomorrow will bring?” Netanyahu said in his strategic speech. “You have to stop the wave of terror at the Jordan, not at the edges of Tel Aviv.”

He went on to explain that under any peace agreement in the future, circumstances require that the IDF continue its operations in the West Bank. “In Judea and Samaria there is no power that can guarantee Israel’s security other than the IDF. It’s been proven in Iraq that you can’t depend on local forces that have been trained by the West to stop terror... [And thus] any arrangement will include Palestinian political and economic control alongside Israeli security control. There have been American forces in Germany for decades and they haven’t interfered with German sovereignty. Same thing with Korea,” he said.

“We don’t want to rule over the Palestinians, but the meaning of the necessary security measures is that some of their sovereignty will need to be limited,” the prime minister said.

In other words, Netanyahu has reached the conclusion that true demilitarization of Judea and Samaria as called for in the Oslo Accords is impossible without a strong and permanent Israeli military imprint in all areas of the West Bank. It is only courtesy of the nightly IDF raids on jihadist cells in Jenin, Nablus and Hebron that Israelis and Palestinians alike live a daily life of relative calm.

Critics will say that there is no sovereign state in the world so circumscribed and limited – where security is maintained by the army of another country. The critics are right; no such creation exists nor will it be born. The most that Israel can countenance is essentially a Palestinian province with political and economic autonomy, while Israel remains fully in charge of security.

Whether Netanyahu ever truly accepted the notion of a full-fledged Palestinian state is irrelevant. Time has moved on and circumstances have changed. A Palestinian province or autonomous region is now the maximum on the table. A Palestinian “state,” as in “two-state solution,” is both a misnomer and an anachronism. Get used to it.

The same goes for the military operation that Israel is conducting in Gaza. To be forthright, Israel should make it clear that such offensives will have to be repeated again and again. Keeping the enemy off balance and reducing its capabilities (“mowing the grass”) requires the intermittent use of force. Israel is not looking for a diplomatic solution with Hamas; it is waging a war of attrition.

Thus Israel must project unrelenting ruthlessness and grit. Get used to it.

Critics are already calling Netanyahu “disingenuous,” accusing him of not seeking a “genuine” accommodation with the Palestinians; of being a shill for the “settlement enterprise” and for “conquest.” They say that he is going to perpetuate an “unsustainable status quo” in the West Bank.

But Netanyahu is being genuine. He is confronting the fundamental realities that lie at the core of Israel’s relationships with the Palestinians and the surrounding, collapsing Arab world. He is sweeping aside the misconceptions that undergirded the failed policies of the past 20 years. He is articulating a worldview and policy program that is based on realism, not on empty optimism; on the region as it is, not as we messianically would like it to be.

Israel stands almost alone on the front lines against rampaging Islamic radicalism, coming at Israel from almost every direction. In such a situation, Israel will not soon be relinquishing strategic tracts of land to any neighbor, and it will be lashing out frequently to quash nearby insurgencies and their armories, especially when the weapons are actually fired at Israel.

The only “unsustainable status quo” is a situation where Israel cannot defend itself by itself for fear of international disapproval.
Posted by GS Don Morris, Ph.D./Chana Givon at 7:05 AM