Pollard’s release is a matter of justice 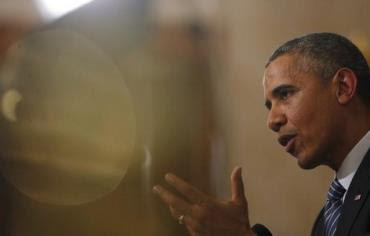 Indeed, as it happens, a group of American constitutional and criminal law scholars and practitioners, including six Harvard law school professors, Obama’s alma mater, have written to the president (full disclosure – we are two of the signatories and organizers of the letter) requesting the commutation of Pollard’s sentence to time served. In our letter we argue that “such commutation is more than warranted if the ends of justice are to be served, the rules of law respected and simple humanity secured.”

Our letter sets forth 10 compelling legal considerations for the exercise of executive clemency by Obama – and which should commend themselves to Attorney-General Holder – including: First, Pollard was charged with, and pleaded guilty to, one count of conveying classified information to a foreign government, in this instance, Israel, an ally of the US.

The usual sentence for this offense is no more than six or eight years, with actual jail time before release averaging two to four years. Pollard is now serving his 29th year of an unprecedented life sentence – an excessive, grossly disproportionate, unfair and unjust sentence.

Second, the sentence of life imprisonment was itself a breach of the plea bargain wherein the prosecution agreed not to seek life imprisonment in return for Pollard’s guilty plea, his cooperation with the authorities and his agreement to waive his right to trial by jury. This plea bargain also saved the government much time, money and prospective embarrassment of conducting a trial involving highly sensitive information, and where Pollard might well have been acquitted of the more serious charges. Indeed, Judge Stephen F. Williams of the US Court of Appeals for the First District later referred to the government’s breach of the plea bargain as a “complete and gross miscarriage of justice.”

Third, the life sentence was itself secured as a result of the submission – after the plea bargain and in violation of it – of a prejudicial ex parte affidavit to the sentencing judge by then-secretary of defense Caspar Weinberger, to the effect that Pollard had compromised American national security and was guilty of “treason,” and should never be released. However, in a 2004 interview, Weinberger himself admitted that, in retrospect, the Pollard matter was “comparatively minor,” and it is not even referenced in his memoirs.

Yet, regrettably, prosecutorial “sources” in the Central Intelligence Agency, and the Defense, State and Justice departments, continued to maintain, long after the plea bargain, that Pollard was guilty of treason.

Fifth, Pollard was also falsely accused over the years of having compromised US security and American lives in Eastern Europe, when it was Aldridge Ames, the head of the CIA’s Soviet/Eastern Europe Division, who had himself been both the architect of those treasonable acts, and the original source of the false allegations against Pollard.

Sixth, a largely ignored December 2012 declassification of a 1987 CIA damage assessment concerning Pollard shows Pollard had co-operated fully and in good faith with governmental authorities, while acknowledging Pollard did not divulge the most sensitive US national security programs. Yet CIA officials continued to knowingly and falsely accuse Pollard of actions prejudicial to US national security.

Seventh, Pollard was himself deprived of the right to effective legal counsel and defense as his attorney neglected to file a notice of intent to appeal following the prejudicial sentencing hearing, and Pollard was therefore forever deprived of his right to a direct appeal against his life sentence.

Eighth, in particular, virtually everyone who was in a high position of government – and dealt with the ramifications of what Pollard did at the time – now support his release, including secretary of state George Shultz, FBI director and subsequent CIA director William Webster, chairman of Senate Intelligence David Durenberger, and chairman of House Intelligence Lee Hamilton.

It is important to recall, as we write in our letter, “that Pollard fully honored the plea agreement that the government violated; that he fully cooperated with the authorities; that he has been a model prisoner; that he has apologized and expressed remorse for his actions; that he has been falsely accused over the years – by those in a position to know better – of compromising American security if not American lives; that his sentence and imprisonment is as unjust as it is unprecedented; that Pollard is aging, in deteriorating health and deserving of release.”

As Lawrence Korb, former assistant secretary of defense under Weinberger put it, “We believe that commuting Pollard’s sentence to time served is the right and compassionate thing to do. We believe that his continued incarceration constitutes a travesty of justice and a stain on the American system of justice.”

In a word, it is precisely for standing injustices like this – and where the justice system has failed – that the US Constitution has vested in the president, the power of executive clemency.

Irwin Cotler, a member of the Canadian parliament and emeritus law professor (McGill University), is the former minister of justice and attorney- general of Canada.

Alan Dershowitz is Felix Frankfurter Professor of Law at Harvard University.
Posted by GS Don Morris, Ph.D./Chana Givon at 6:58 AM