Bennett thanks NY lawmaker for sponsoring bill that would deprive funds to schools boycotting Israel; cancelled ministerial meeting on boycotts not yet rescheduled. 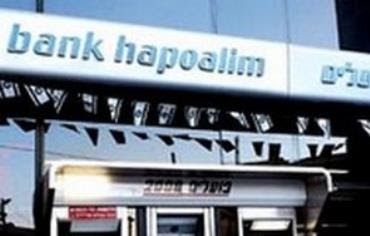 Bank Hapoalim Photo: Ariel Jerozolimski
A canceled meeting of key cabinet ministers called last week to discuss the creeping boycott of Israeli companies and banks has not been rescheduled, even as two major European banks recently decided on actions against their Israeli counterparts.

Sweden’s Nordea Bank and Denmark’s Danske Bank have both taken steps against Israeli banks involved in construction in the settlements, Walla reported on Saturday.


Danske bank, the largest in Denmark, recently said on its website that it was boycotting Bank Hapoalim for “legal and ethical” reasons. And Nordea Bank, the largest in Scandinavia, has asked for clarifications from Bank Leumi and Mizrahi- Tefahot Bank regarding their activities beyond the Green Line.

The ministerial meeting to discuss the boycotts was canceled last week, because of tension between Prime Minister Binyamin Netanyahu and Economy Minister Naftali Bennett.

The two men are scheduled to meet at Sunday’s weekly cabinet meetings for the first time since Bennett’s sharp criticism last week of Netanyahu for entertaining the idea that settlements might come under Palestinian rule in a future agreement. Threatened with being fired from the cabinet, Bennett issued an apology of sorts to defuse a coalition crisis.


Over the weekend, Bennett – citing a New York State legislative initiative – said that it was “possible to boycott the boycotters.” His remark came in a conversation with New York State Sen. Jeffrey Klein, who sponsored a bill that would suspend funding to educational institutions that fund groups that boycott Israel.
The legislation passed the chamber by a 56-4 vote, and would ban state funding to colleges that fund organizations boycotting “countries that host higher education institutions chartered by the Board of Regents of the University of the State of New York.”
The bill was in response to the American Studies Association’s recent boycott of Israeli universities.
Bennett told Klein, who represents parts of Bronx and Westchester counties, that this legislation was an “expression of moral clarity and moral courage at a time when most of the world is silent in the face of actions taken against Israel.”
A similar bill introduced in the State Assembly last month by Speaker Sheldon Silver has 48 sponsors among the chamber’s 150 members.
If it passes there, it will go to Gov. Andrew Cuomo for his signature before becoming a New York State law.
Meanwhile, State Department deputy spokeswoman Marie Harf related to the boycott movement at the department’s daily press briefing on Friday, saying that the US “thinks the boycotts are unhelpful of Israel, and we oppose them because we believe that in order to resolve these issues, we need to discuss them directly between the two parties at the negotiating table, and that that kind of action isn’t helpful.”
In Israel, MK Hilik Bar (Labor) said the “boycotts will not help end the conflict, push forward peace talks or aid the Israeli or Palestinian economies.
They happen because of settlement construction, but also because there is no optimism for the conflict to be solved and the existence of two, neighboring independent countries.”
MK Nachman Shai (Labor) warned that Israel was facing an “economic tsunami” and that boycotts have “passed the point of no return.”
“Together with other sanctions, the international community is starting a joint battle to pressure Israel,” Shai said. “Our nightmare is coming true and the government refuses to understand that things will never be the same.”
Meretz chairwoman Zehava Gal- On called on Netanyahu to “stop burying his head in the sand and immediately announce a total freeze of construction in settlements.
“Continuing the occupation and settlements are not acceptable anymore, not just to European countries but to banks and private companies,” Gal-On said. “Their decisions can turn Israel into an outcast country, isolated like Cuba and South Africa.
“The prime minister needs to wake up, because the world is losing patience and the threat of boycotts on Israel grows from day to day,” she said.
JTA contributed to this report.