For some reason this joke, that I originally read in The Joys of Yiddish when I was a kid. popped into my head this morning.  Here's a variation I found on the web:

A Texan was touring Israel, complete with his cowboy hat and cowboy boots. We all know about the tendency of Texans to brag. While driving down a great, flat desert, he spied a tiny house in the distance, with a neat picket fence. Coming closer, he saw an elderly man leaning against the fence.

"Shalom, you all," said the Texan.

"Do you speak English?

"Do you own this little house?

"What on Earth do you do out here in this isolated area?

"How large is your property?"

And the Israeli sighed and said, "I once owned a car like that."

Posted by Elder of Ziyon 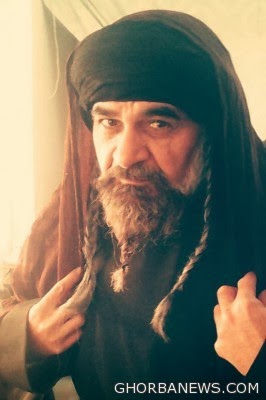 According to this article, a new film being produced in Syria will center on the Jewish community of Damascus between 1850 and 1860. It appears to be an episode in a historic TV series called "Concierge of the Wind."

In the film, the chief rabbi of Damascus, a fictional character named Rabbi Bashi "Badran Farhi," wants to move the community to Palestine but the community leader named Yusuf Copper is against it, and denies that Israel is the Promised Land. So the rabbi kills a few Jews and starts rumors to incite the Muslims against the Jews.

The director says that he was looking to dramatize the roots of the conflict in the region.

The setting for the movie is interesting, as in 1840 there was a famous blood libel against the Jews of Damascus, and in 1860 Jews were falsely accused of participating with Muslims in the massacre of Christians, and 200 Jews were almost executed but were saved by outside intervention.

The episode is apparently meant to set the stage for the story of the 1860 massacre, perhaps by saying that the Jews were responsible, not Muslims.
Posted by GS Don Morris, Ph.D./Chana Givon at 7:43 AM