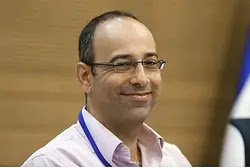 Yaron Zelicha
Israel news photo: Flash 90
Centralization in Israel’s economy not only robs many citizens of their purchasing power, but puts the country’s economic future at risk, economist and former Accountant General Yaron Zelicha warned, speaking this week at the Real Estate Conference in Eilat.

Zelicha told Arutz Sheva, “Speaking from my modest experience and knowledge, what I think needs to be done… I think the Israeli economy is a paradise for oligarchs and for the wealthy and for swindlers who are going around and are essentially robbing the public of its purchasing power.”

“And the purchasing power of the middle class and lower class is a national asset,” he added. “That is what can save us from being the country with the most poverty and inequality in the western world.”


Zelicha proposed a policy based on four elements, including a moderate increase in interest rates, tax breaks for those earning 10,000 shekels or less per month, and a new approach to monopolies.

Regarding tax breaks, Zelicha suggested that the government cancel a law to encourage investment, and use that money to reduce taxes for the middle class and lower classes instead. Tax cuts for those earning NIS 10,000 or less per month are what will most help the economy, he argued, because most of the money given to those in that income bracket will go straight back into the market in the form of purchases.

Zelicha suggested a new approach to the “three biggest bullies” that are most centralized in the market: ports, banks and car importers. The government should take on ports “not by building a new port that isn’t needed, but by taking an existing port – the Ashdod port, for example – and every two platforms, give the tender to a new company,” he said.

He spoke of his findings as head of a government committee to investigate centralization in the private vehicle market in Israel. The committee found that 52 various limitations on the market cost consumers roughly 2 billion shekels each year, he said – and there may have been more issues that the committee did not manage to uncover.

A law that would change the situation has been before the government for two years, but nothing has been done, he accused.

Zelicha openly criticized Finance Minister Yair Lapid, whose Yesh Atid party ran on a platform of fighting for the middle class. “I could be wrong,” he said, “but I don’t see the Israeli public trusting Finance Minister Yair Lapid after he promised one thing before the elections, and not only didn’t do it, but did the opposite.”
Aside from his experience in the Finance Ministry, Zelicha is also known for having exposed a corruption case involving former Prime Minister Ehud Olmert. Zelicha revealed Olmert’s alleged involvement in the so-called Bank Leumi affair. The charges against Olmert were later dropped.