My Thoughts On Boston 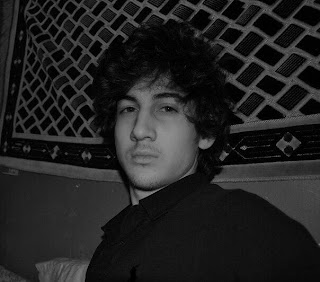 Watching the news about the Boston bombing and the Muslim fanatics who perpetrated the deed, I cannot help reflect on all the nasty attacks that liberals and progressives and Muslim activists have conducted against conservatives who have attempted to warn Americans that their enemies are religious fanatics driven by an apocalyptic hatred of us because we are Jews, Christians, atheists, democrats – in a word, infidels.

It has been said by Nancy Pelosi, George Soros and other Democrats that George Bush created the terrorists by attempting to enforce a UN Security council resolution and take down one of the monsters of the 20th Century in Iraq.  It has been said by the late Susan Sontag and other progressive intellectuals that the heinous attacks of 9/11 were the result of American policies. The Center for American Progress and university administrators have relentlessly defamed as Islamphobes and bigots those of us who have had the temerity to talk about the Islamic roots of Islamic terror. If only we ignored the Islamic beliefs behind the terrorism and made nice to all Muslims indiscriminately, the terrorists wouldn’t hate us.
Boston has exposed this as the Big Lie and fatuous delusion that it has always been. The Boston killers were treated better in America than all but an elite among Americans born here who love their country. They were given scholarships, they were admitted to the most exclusive prep schools, they lived in a Cambridge environment where critics of Islamic terror were regarded as Islamophobes and they as a minority deserving special consideration and concern. And yet they hated us. They hated America and ordinary Americans like the victims of their mayhem, and enlisted in the army of our mortal enemies. They hated us because they were fanatical believers in the idea that Mohammed had desired them to kill infidels and purify the earth for Allah. This is the face of our enemy and the sooner the delusional liberals among us wake up to this fact, the safer all of us will be.