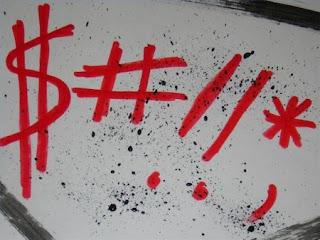 Islamic TV personality, Abu Islam—the man who made international headlines when he insulted Christianity and tore a Bible on camera to screams of “Allahu Akbar!” and later incited Muslims to rape female protesters—unwittingly insulted Islam’s prophet Muhammad in a way that would have caused much of the Islamic world to riot and call for his death (if he was a non-Muslim).

This occurred during one of Abu Islam’s recent TV shows, which revolved around attacking Egyptian commentator and comedian Bassem Youssef, whose popular jabs frequently target Islamists, including President Morsi.  In retaliation, Abu Islam spent a large segment of his show insulting Youssef.  Yet, unlike the latter’s well-received jokes which are primarily based on wit and innuendo, the cleric relied on hurling ugly obscenities).  Among other things, Abu Islam swore to Allah that according to Sharia law, because Youssef is a “pretty boy,” he is required to wear a niqab, or face veil, to cover himself up like a woman.


Abu Islam hurled even worse insults on the comedian, which he tried to justify by referring to the teachings of Islam. He told Muslim viewers who would condemn his use of vile language, “Shame on you Muslims; learn your religion well.  The Koran itself curses them, curses the likes of Bassem Youssef, those before him and after him.”

He went on to give examples, quoting verses Koran verses that refer to infidels as “dogs,” “donkeys,” and “cattle.” “Are these curses or not?” asked the cleric. “Well, it’s your lord who curses, who insults…. Cursing and insulting is from Allah almighty, praise and glory to him.”
Next Abu Islam moved to the Sunna—along with the Koran, the second pillar of Sunni Islam, the words, deeds, and recommendations of Islam’s prophet, Muhammad, and his companions as documented in hadiths.  Said Abu Islam:


Now hear the words that the prophet counsels me to use against people like you [Bassem Youssef].  He tells me to tell you “Bite your father’s penis, and do not whitewash.” In other words, I’m supposed to tell you to go bite your father’s male member, but I’m supposed to use the real word [“penis”] without whitewashing.  The prophet orders me to mention your father’s male member, but without whitewashing [instead of saying “male member” he should say “penis”].  You see how well-mannered I am—I cannot even bring myself to use the words the prophet commanded me to use on you.  I just can’t do it!

As for Muhammad’s closest companions, he quoted Abu Bakr, Islam’s first “righteous caliph,” telling someone, “Go suck on al-Lat’s clitoris!”  Al-Lat was a pre-Islamic goddess of Mecca, whose image was subsequently destroyed on Muhammad’s orders.
When Abu Sufyan finally converted to Islam and asked Muhammad what he should do about the large idol statue of al-Uzza, another pre-Islamic female goddess of Arabia, Islam’s second “righteous caliph,” Omar al-Khittab, responded, “Go take a sh*t on it!”
Abu Islam is not the only popular Muslim cleric to justify his foul mouth by referring to Islam and its founders.  Here, for example, is popular Sheikh al-Huwaini—who likens the face of women to their vulvas—also quoting and explaining the “Bite your father’s penis” hadith in graphic detail.
Likewise, Al Azhar graduate and professor of Islamic interpretation Sheikh Abdullah Badr is also on record trying to justify his use of foul language by referring to the same hadiths (he got in trouble when he publicly referred to a popular Egyptian actress as a “whore.”)  Ironically, he is also the same sheikh who publicly swore to Allah to cut the tongue out of the mouth of anyone who insults Islam and its Sharia.
As a more moderate cleric pointed out in a TV show dealing with Sheikh Badr’s claims that the prophet and his companions were cursers and insulters, “If one of Islam’s opponents made such assertions, the whole world would have stood up in objection to such words.”
Indeed, while non-Muslim YouTube videos portraying Muhammad as warlord prompt riots, deaths, and groveling from Western politicians, Muslim portrayals of the prophet and his companions as vulgar and foul-mouthed pass in silence.
Which leads to the greatest irony of all—a sort of “strike back” from the God of the Bible: the same Abu Islam who tore and desecrated the Bible, unwittingly went on to tear into and desecrate the image of his beloved prophet Muhammad.  Recall that, after he quoted Muhammad’s words “Bite your father’s penis, and do not whitewash,” Abu Islam insisted that he could not bring himself to say “penis,” but did whitewash, constantly using the word “male private member.”  As he put it: “You see how well-mannered I am—I cannot even bring myself to use the words the prophet commanded me to use on you.  I just can’t do it!”
The meaning of this is clear: the foul-mouthed, rape-advocating, Bible-tearing Muslim cleric, Abu Islam, actually sees himself as more moral and “well-mannered” than his prophet.
Is this not a greater insult to Muhammad than a movie made by non-Muslims who may be expected to be irreverent?