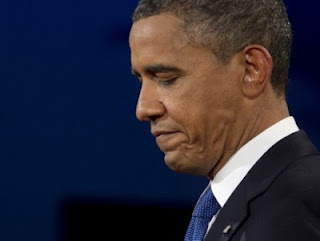 In March 2012 during a discussion about U.S.-NATO missile defense, President Obama informed his Russian counterpart, President Medvedev that he needed some “space” and would have more “flexibility” after his election. Medvedev, understanding the obvious implication gleefully responded, “I understand. I will transmit this information to Vladimir.” The conversation, meant for Medvedev’s ears only, was picked up on open microphones and administration spinmeisters immediately went into high gear sputtering  nonsense explanations that were accepted without reservation by an adoring and pliant media.

But those of us who know the nuts and bolts of Obama and his past affiliations with less than savory characters were indeed worried over his gaffe. Former Bush Press Secretary and media consultant Ari Fleischer asked Obama’s then deputy campaign manager Stephanie Cutter whether Obama would be asking the Arabs for “space” presumably to deal with Israel, post-election.  Cutter ducked the question.


Cutter’s evasion prompted a call from Matt Brooks, the executive director of the Republican Jewish Coalition, for Obama to come clean on the issue. Brooks openly speculated whether Obama had communicated similar transmissions to the Arabs and whether secret deals had been made to pressure Israel for concessions after the elections.

The answer to concerns raised by Fleischer, Brooks and others becomes clear when evaluating the records of the two people slated to fill the positions of Secretaries of State and Defense, soon to be vacated by Hillary Clinton and Leon Panetta respectively. Recent reports have indicated that Obama plans to nominate John Kerry for Secretary of State and Chuck Hagel for Secretary of Defense. An examination of their respective records is extremely worrisome and should be a cause for concern for those supportive of a strong U.S.-Israel alliance.

Susan Rice, the diplomat most associated with the Benghazi cover-up as well as the administration’s half-hearted attempt to thwart “Palestine’s” admission to the U.N., was Obama’s first choice for Clinton’s office. Kerry is all but certain to be his next choice but Kerry’s record on Israel is spotty at best.

According to a Wiki-Leaks document, Kerry while on a February 2010 Mid-East trip told Qatari officials that he believed that Israel should be forced to cede the strategic Golan Heights to Syria and East Jerusalem, with its rich Jewish history, to the so-called Palestinians. In addition, he spoke favorably of President Bashar al-Assad and referred to Syria’s serial killer as a “man who wants change.” He also noted that he was “shocked by what he saw in Gaza” but made no mention of the fascist autocratic rule imposed by Hamas in that entity.

Apparently, Kerry was either ignorant of the incessant shelling that Israelis had to endure before the Syrian occupied Heights were captured by Israel in 1967 or he simply didn’t care. Similarly, Kerry was either unaware of the 4,000 year-old Jewish connection to Jerusalem or he simply chose to ignore it. Either way, Kerry at best, demonstrates a weak understanding of Israel’s security needs and the mindset of the region’s oppressive Arab dictatorships.

But while Kerry demonstrates a fundamental lack of understanding of the issues, Chuck Hagel’s positions vis-à-vis Israel are even more troubling and a lot more sinister. The former Nebraska Senator is arguably the most anti-Israel Senator ever to serve in the U.S. Senate.

Perhaps most disconcerting about Hagel is his 2006 pejorative reference to the so-called “Jewish lobby,” conjuring up the old anti-Semitic canard – very popular in the Arab world and among Nazi conspiracists – of rich, powerful Jews pulling the strings. Hagel’s reference to the “Jewish lobby” is also demonstrative of his myopic outlook that precludes the possibility that many who are not Jewish are supportive of Israel for a plethora of reasons including but not limited to, shared values and strategic interests.

The anti-Israel contingent, including Steven Walt, co-author of a thoroughly discredited work of fiction, have emerged from the woodwork to advocate in favor of Hagel’s nomination, which is yet another reason to be wary.

With these nominations and particularly the Hagel nomination, Obama shows his true colors. Fleischer and Brooks were right to sound the alarm back in March. Unfortunately, many were dismissive and chose instead to believe in empty slogans and catchy sound bites. Those who were supportive of Israel but believed Obama’s promises are now paying the steep price for being a gullible electorate.