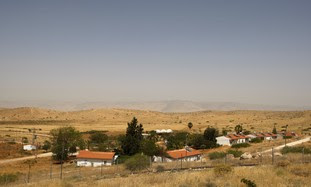 
Israel reiterated Friday that it would refuse cooperation with a a UN Human Rights Council fact finding mission to probe Israeli West Bank settlement activity and Jewish building in east Jerusalem.
The Geneva-based council appointed three international jurists to the mission on Friday, eliciting a rebuke from Foreign Ministry spokesman Yigal Palmor.
"The fact finding mission will find no cooperation in Israel and its members will not be allowed to enter Israel and the territories. Its existence embodies the inherent distortion that typifies the UNHRC treatment of Israel and the hijacking of the important human rights agenda by non democratic countries," he said.

The three jurists are: Christine Chanet of France, Unity Dow of Botswana and Asma Jahangir of Pakistan.

“I have appointed three highly distinguished individuals to carry out the Council’s fact-finding mission to investigate the implications of Israeli settlements on the civil, political, economic, social and cultural rights of the Palestinian people in the occupied Palestinian territory, including east Jerusalem,” said UNHRC President Laura Dupuy Lasserre.

At the time Israel said that it did not plan to cooperate with the probe and cut its ties with the council in protest.

On Friday, Lasserre called on Israel “not to obstruct the process of the investigation and to cooperate fully with the mission.”

Hillel Neuer, executive director of the Geneva based non profit group UN Watch, immediately attacked the announcement. “While there are genuine human rights victims on all sides, this inquiry’s mandate is imbalanced and lacks credibility,” Neuer said.

“Its terms were framed in a four-page resolution, co-sponsored by the Arab and Islamic groups, that omits any reference to Arab terrorism against Israeli civilians, including the hundreds of rockets fired recently from Gaza and Sinai into Israeli towns and villages."

The UNHRC on Friday provided background on the the three panel members, however, which showed that they had a distinguished history of judicial credentials.

Chanet, who chairs the committee, was part of the Round Table Conference at the Peace Palace at The Hague in November 2001, in which the Bangalore Principles of Judicial Conduct were finalized. She has been a member of the UN Human Rights Committee since 1996 and was twice its chairperson.

Jahangir is the President of the Supreme Court Bar Association of Pakistan and has twice chaired her country's Human Rights Commission. She directs the AGHS Legal Aid Cell which provides free legal assistance to the needy. She has also served as UN Special Rapporteur on Freedom of Religion or Belief of the Council of Human Rights. In 1983 she was imprisoned for for her activism against her country's military regime.

Dow has been Commissioner of the International Commission of Jurists since 2004. She was re-elected in 2009. She is a practicing lawyer in Botswana. From 1998 to 2008 she was Botswana's first female High Court judge. She is also novelist and has authored books such as Juggling Truths, The Screaming of the Innocent and Far and Beyond.