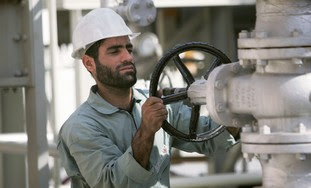 With a new round of EU and US Iran sanctions to be implemented on July 1, there is growing frustration from the American side that the Swiss have failed to join the Western coalition trying to stymie Iran’s nuclear work.

“We expressed our disappointment. We would like them to do it [follow the EU on Iran sanctions],” US Ambassador Donald Beyer told a news conference in Geneva in earlier this month.

In an email to The Jerusalem Post on Saturday, Josh Block, a senior fellow at the Washington- based Progressive Policy Institute and a former spokesman for the American Israel Public Affairs Committee, wrote, “It is incomprehensible that the Swiss government would seek to undermine global pressure on Iran that is designed to blunt Tehran’s dangerous nuclear ambitions. A respectable member of the international community would not allow its banking system to help Iran evade sanctions, yet it appears the Swiss government is shamefully doing exactly that.

“It begs the question, whose side are they on, Tehran or the West?” Block asked.

Dr. Wahied Wahdat-Hagh, a leading expert on European- Iranian relations, told the Post on Saturday, “Of course the US is right to be angry about this behavior” from the Swiss. “Switzerland thinks apparently only about its egoistical national interests and betrays the Westerns consensus by remaining behind a mask of neutrality.”

Wahdat-Hagh, a senior fellow at the Brussels-based European Foundation for Democracy, said that the “sanctions are still painful for Iran” and “therefore the Swiss must show their true colors and explain to the world what neutrality toward totalitarian dictators means.”

Beyer said Switzerland had cited its role as a go-between for Washington and Tehran and its history of neutrality as reasons for not following the EU on Iran sanctions.

Switzerland has represented US interests in Iran since 1980, following the Islamic Revolution in 1979. It is not a member of the EU and has no legal obligation to follow EU sanctions.

Switzerland’s body for enforcing sanctions, the Swiss Secretariat for Economics, said on Thursday that the Federal Council had not indicated when it would make a final decision on the Iranian sanctions.

Beyer continued, “My reading of the Swiss leadership is they very much do not want Switzerland to become an outlet for evading sanctions. I don’t think that’s what they want or what they would tolerate.”

Efforts to secure on a comment on Saturday from the Swiss Foreign Ministry were unsuccessful.
Posted by GS Don Morris, Ph.D./Chana Givon at 4:19 PM