Jews from Judea and Samaria learn to take their cause to social networks.
By Maayana Miskin 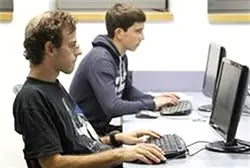 Preparing for Facebook 'battle' (illustrative)
Flash 90
Facebook and other social networks have long been not only places for friends to connect, but also political fronts in which ideas are debated as often – if not more so – than in traditional forums.

The Samaria Residents Council has unveiled plans to help Judea and Samaria Jews use social networks to make their case. A new course with expert lecturers will teach them to make use of sites to reach their fellow Israelis directly, with no media middlemen.

“Sometimes a picture of a local event, a sunset, or just daily life can break down many of the barriers and stigmas that still exist in Israeli society,” said course director Itai Shkolnik.


Social networking is often more effective than appeals to traditional media, he continued. “A Youtube video made with creativity and without too much effort can get better ratings than an article on a news site. A well-written blog that’s publicized correctly can sometimes touch more hearts than an opinion piece in the newspaper,” he said.

The Residents Council has invested in finding some of the best lecturers in the field to teach the course, which will have a total of 14 lectures. Toward the end, Minister of Diaspora Affairs and Public Diplomacy Yuli-Yoel Edelstein plans to meet with participants.

The new course will not replace Samaria activists’ work with mainstream media, said local strategist Yossi Dagan. However, he said, “The time has come to take another leap forward and enlist the system that is more influential today, the new media and the social network. Today the extreme Left has almost exclusive, organized control… We must change the trend there as well.”
Posted by GS Don Morris, Ph.D./Chana Givon at 7:24 AM