'US won't free Pollard because CIA believes he wasn't alone' 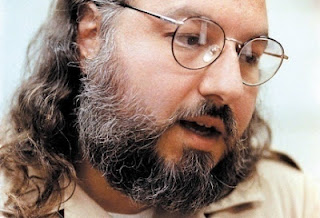 Deputy Foreign Minister Danny Ayalon tells Israel Hayom that American intelligence officials believe the convicted Israeli spy had an accomplice that Israel refuses to name, but that there is "no shred of evidence to support this belief" • Pollard supporters awaiting official response from U.S. President Obama to President Peres' request.

Shlomo Cesana, Yori Yalon, Yoni Hirsch and Israel Hayom Staff Multiple U.S. administrations, both Democratic and Republican, have refused to release Jonathan Pollard, who is serving a life term after being convicted in 1987 of spying for Israel. Former CIA director George Tenet threatened to resign in 1998 if Pollard were freed, while last year Vice President Joe Biden said, "over my dead body are we going to let him out before his time."

According to Deputy Foreign Minister Danny Ayalon (Yisrael Beitenu), this ongoing intransigence stems from the "baseless" belief among the most senior U.S. officials that Pollard was not working alone when he spied for Israel while working as a civilian intelligence analyst. Top CIA officials believe that Pollard had an accomplice whom Israel has refused to name or acknowledge, Ayalon told Israel Hayom.

Ayalon believes American intelligence officials have demanded that Pollard remain in prison and that no U.S. president has been willing to override this request. In 1998, Tenet told President Bill Clinton he would resign if Pollard were freed, pointing to what some have said is the lingering anger U.S. intelligence agencies felt about Pollard's having passed top secret documents to the Israelis.

Ayalon formerly served as the Israeli ambassador to Washington, and has worked through various diplomatic channels to win Pollard's release, to no avail. Ayalon was also the first Israeli diplomat to visit the Israeli spy in prison.

Senior American officials, including the former head of the CIA have proposed this theory that Pollard had an accomplice and believed it, despite the fact "there is not a shred of evidence to support that claim," Ayalon said.

Tenet reportedly made his threat after learning that Prime Minister Benjamin Netanyahu, who was also premier in 1998, had asked Clinton to free Pollard within the framework of the Wye River Memorandum between Israelis and Palestinians. The New York Times had reported at the time, according to senior American officials, that Netanyahu told Clinton Pollard's release would help win right-wing support for the peace agreement. Clinton ultimately refused the request, as did his successor George W. Bush and, until now, so has Barack Obama.

Diplomatic officials in Jerusalem surmised on Tuesday that a possible date for Pollard's release, if it were to happen, could be this June when President Shimon Peres travels to the U.S. to accept the Presidential Medal of Freedom from Obama.

MK Ronit Tirosh (Kadima), a member of the Knesset lobby to free Pollard, on Tuesday urged Peres to "protest" the American position by declining the Presidential Medal of Freedom, the highest civilian award in the U.S., and cancel his scheduled meeting with the American president.

Diplomatic officials across the board have said they are not optimistic about Pollard's release, saying they believe the Americans are trying to deter other U.S. Jews from spying for Israel by offering a constant reminder of the consequences of espionage – even for a "friendly" country.

The Prime Minister's Office and the Foreign Ministry have largely kept quiet since the latest push for Pollard's release got underway on Sunday when his wife, Esther Pollard, met with Peres and urged him to ask Obama to free her husband, saying she did not want to be a widow.

The U.S. Bureau of Prisons said Monday that Pollard has been hospitalized at a prison medical center in Butner, North Carolina, since April 4.

Peres on Monday sent Obama a personal appeal to commute Pollard's life sentence, but National Security Council spokesman Tommy Vietor said the administration's position regarding Pollard's release has not changed and that President Obama has no intention of freeing him.

Despite Vietor's comments, Pollard supporters and the Israeli media reported Tuesday that Obama has not yet responded to Peres' request, meaning he has not officially rejected it.

The Committee to Free Jonathan Pollard issued a statement Tuesday, saying that only the American president has the authority to commute a life sentence or to pardon a prisoner, and that any other statement by any other U.S. official is not the final word on the matter. "We are all waiting for an official response from President Obama in person to President Peres," the committee said in a statement. The committee also said it believes Obama would accept Peres' request in light of Pollard's ailing health.

Pollard supporters also cited remarks Tuesday from former Under Secretary of Defense Lawrence Korb, who said Pollard may be released soon. "Given Jonathan's deteriorating health they may consider clemency," Korb was quoted as saying, "There is a chance."

"There is no doubt he should be freed," Korb said, according to Arutz 7. "Even if he was healthy, he has served 27 years for a crime most people receive much shorter sentences for – providing information to a friendly country."

Effie Lahav, one of the leaders of the movement to free Pollard, said Tuesday that he believes Korb, a Democrat, has something to base his opinion on. "At the same time," Lahav said, "we are at an especially sensitive time and we have to do everything we can behind the scenes so that the decision is made to release Pollard from behind bars."

"I came to support and strengthen Esther, despite the fact that the struggle to free Pollard is different from our struggle," Schalit said at the end of his visit. "I tried to advise her on the subject of prisoner releases."