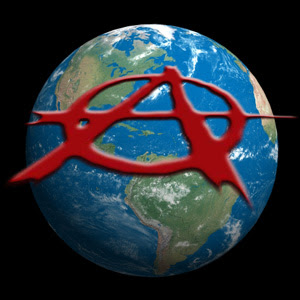 The scourge of the twentieth century was overly-powerful governments; could the looming problem of this century be too-weak governments?

The political scientist R. J. Rummel estimates, in his evocatively titled study, Death by Government (New Brunswick, N.J.: Transaction, 1994) with revised numbers in 2005, that deaths at the hands of one's own government in the period 1900-87 amounted to 212 million persons, while deaths from warfare numbered 34 million. In other words, victims of their own government (what he calls democide) were in fact over six times greater than those killed in the century's wars. The largest number of fatalities was 78 million killed by the Chinese Communists, then 62 million by the Soviet Communists, 21 million by the Nazis, 10 million by the Chinese nationalists, and 6 million by the Japanese militarists. Even this listing is incomplete; as Rummel puts it, "post-1987 democides by Iraq, Iran, Burundi, Serbia and Bosnian Serbs, Bosnia, Croatia, Sudan, Somalia, the Khmer Rouge guerrillas, Armenia, Azerbaijan, and others have not been included."

And while murderous regimes certainly continue to rule and massacre, there is a new danger looming – anarchy. Consider several cases in the Middle East in chronological order:

· Afghanistan: Since the coup d'état that overthrew the king in 1973, Afghanistan has not had a central government that could effectively control the country.

· Lebanon: Once called the "Switzerland of the Middle East," Lebanon has endured a mix of totalitarian rule by Syria and anarchy since the country's civil war began in 1975.

· Somalia: The Siad Barre regime fell in 1991 and has lacked anything remotely resembling a central government since then. The country's anarchy has led to a massive piracy problem in the Indian Ocean that already in 2007 was called "frightening and unacceptable" and since has grown yet worse.

· Iraq: The U.S. government made the mistake of disbanding Iraq's army after the defeat of Saddam Hussein in 2003 and the country has yet to tame the subsequent chaos.

· Yemen: It's difficult to pinpoint a date when the country became anarchic, but the Houthi War of 2009 offers a reasonable starting point.

· Libya: Since the uprising against Mu'ammar al-Qaddafi in early 2011, the country has not had a central power.

Syria is not yet anarchic but the regime has lost control of several towns (Zabadani, Saqba) and more could be on the way.

The same story holds in many countries of Africa, including Guinea-Bissau, Liberia, and Sierra Leone. Parts of Russia and Mexico suffer from anarchy. Piracy has grown to the point that it afflicts several parts of the world.

Because this pattern is so much at variance with the old problem of overweening central government, it tends not to be seen. But it is real and it needs to be recognized. (January 28, 2012)
Posted by GS Don Morris, Ph.D./Chana Givon at 3:12 PM