This Week in History: The failed assassination of Mashaal 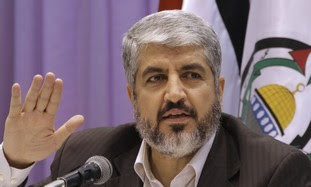 On September 25, 1997, two would-be Mossad assassins attempted to take Hamas's political leader down in the Jordanian capital of Amman.


On September 25, 1997, two men approached Hamas political leader Khaled Mashaal with a small device outside a building in Amman, Jordan. One of the men put the device next to the Hamas leader’s ear and injected him with an unknown poisonous substance. The coming days would see the most intense and perhaps dangerous flurry of diplomatic and intelligence activity between Israel and the Hashemite Kingdom since the countries made peace just three years earlier. According to then-Mossad chief Danny Yatom, Israel been requesting that King Hussein shut down the Hamas offices in Jordan for years, arguing that the group was planning deadly terror attacks against Israelis from its Amman headquarters. However, assuring Jerusalem that it was better to have the Islamic group in Jordan where his Mukhabarat (intelligence services) could keep an eye on it than somewhere else, the King refused. But the group continued to plan and execute suicide bombings and other terrorist attacks.

In the midst of a wave of attacks at the time, then-prime minister Binyamin Netanyahu convened his security chiefs in 1997 and ordered them to formulate a plan to strike a top-level Hamas target. After some debate and objections, it was decided that Mashaal would be the target.

Because Jordan and Israel were at peace, the operation was planned as a “quiet” assassination. Six Mossad agents were dispatched to Amman, two of whom comprised the team that would strike Mashaal and four others with various other support roles.

The two men in the strike team followed Mashaal for days, but only had a proper opportunity to make their move on September 25.

Armed with a special device and a poisonous substance, one of the men approached the Hamas leader outside his office and placed the device next to his ear, successfully delivering the dose of poison. But Mashaal’s security team had spotted them.

Mishka Ben David, one of the auxiliary Mossad agents in Amman as part of the mission later recalled to Yedioth Aharonoth, “I was in the hotel swimming pool and all of a sudden I saw someone who wouldn't have been there if things had gone according to plan. I could tell by his expression that something had gone dreadfully wrong.”

The former Mossad chief, Yatom, recalled to Al Jazeera last year that immediately after being told of his agents’ arrest, he “took a plane and went to see King Hussein and told him the entire story and that we had an antidote.”

The four Mossad agents in Amman at the time that had not been arrested had by that time managed to make their way to the Israeli embassy in the capital, where they were holed up.

As part of negotiations to secure the six agents’ release, Israel – reportedly under significant pressure from then-US president Bill Clinton – quickly agreed to administer the antidote to Mashaal and release a number of the terror group’s operatives and leaders, including spiritual leader and terrorist mastermind Sheikh Ahmed Yassin, from Israeli prisons. Yassin was assassinated by in the Gaza Strip seven years later.

“We offered him - I offered him - the antidote, because I understood that if Mashaal was going to die after our people were caught, it was only likely to make the situation more complicated,” Yatom told Al Jazeera.

With the prisoners’ release secured and Mashaal brought back from near-certain death, the Israeli agents were allowed to return home.

While the attempted assassination of the Hamas leader did perhaps bolster Israel’s deterrence by showing its ability to reach its enemies wherever they may be, it was also one of the Mossad’s most public failures.

Speaking in the aftermath of the episode, Netanyahu said of his decision to order the attempted assassination: "As prime minister I have the duty, the supreme duty, to fight in every possible way against this dreadful terror.”

Addressing the failure, however, he said: "Every now and then, as in every war, there are failures, and there are risks.”

But Mashaal, at least publicly, had a different and more defiant take on the attempt on his life. “"Israeli threats have one of two effects: some people are intimidated, but others become more defiant and determined. I am one of the latter."