'PM won't take letter asking for Pollard's release to US' 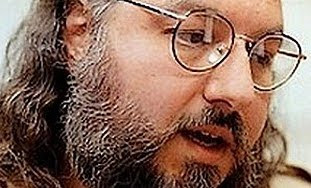 Prime Minister Binyamin Netanyahu will not take a letter to the US administration asking for the release of Israeli agent Jonathan Pollard, Army Radio reported on Saturday.

The letter, addressed to US President Barack Obama, was signed by various MKs including Interior Minister Eli Yishai. Netanyahu was scheduled to leave for a five-day visit to the US on Saturday. He is expected to meet with US Vice President Joseph Biden on Sunday in New Orleans and US Secretary of State Hillary Clinton on Thursday in New York.

Obama will be in Asia during the visit.

The letter came after former assistant secretary of defense in the Reagan administration, Lawrence Korb, said last week that Pollard was unjustly given a life sentence and should be granted clemency by the Obama administration.

In the letter, the MKs addressed the fact that Biden recently questioned Pollard's life sentence.

"In light of recent discoveries, there is no doubt that the US vice president will agree that the idea of leaving Pollard in jail is no longer rational and that this idea is not worthy of an enlightened, democratic nation."
Posted by GS Don Morris, Ph.D./Chana Givon at 8:09 AM