US says Hamas must recognise Israel 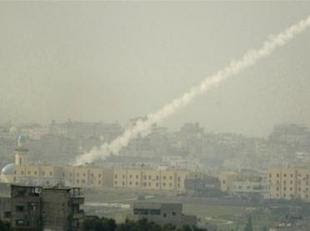 US Secretary of State Hillary Clinton said on Wednesday that Washington would not work with a Palestinian unity cabinet that includes Hamas unless the Islamists recognise Israel and renounce violence.

"If there is to be a unity government that includes Hamas, then we would expect that Hamas would comply with the principles as set forth by the Quartet," Clinton told CNN, referring to a group consisting of the United States, the European Union, the United Nations, and Russia. "(Those principles) are the same: that Hamas must renounce violence, recognize Israel, and agree to abide by prior PLO (Palestine Liberation Organisation) commitments," she added.

"In the absence of Hamas agreeing to the principles that have been adopted by such a broad range of international actors, I don?t see that we or they, anyone, could deal with Hamas."

When pressed, Clinton said Hamas would have to make a formal announcement recognising Israel and giving up armed struggle, as the PLO -- which includes most Palestinian factions but not Hamas -- did in 1988.

"The principles are clear. They have been adopted. And we would expect any unity government to abide by those," she said.

Clinton made the remarks on her first visit to Israel and the Palestinian territories since being appointed secretary of state, a two-day tour during which she met senior Israeli and Palestinian leaders.

US President Barack Obama has vowed vigorously to pursue the peace process between Israel and the Western-backed Palestinian Authority of president Mahmud Abbas, but has ruled out any negotiations with Hamas.

The Islamist movement -- which is sworn to Israel's destruction and blacklisted as a terrorist organisation by Israel and the West -- seized power in the Gaza Strip in June 2007 after routing forces loyal to Abbas.
Posted by GS Don Morris, Ph.D./Chana Givon at 4:27 PM