Despite US court ruling, ‘Jerusalem’ not likely to be on American passports

Decision to rehear case on putting Israel on passports no cause for optimism; weakest aspect of case is that it doesn't really explain how and why a court is equipped to make these kinds of judgments about foreign policy. 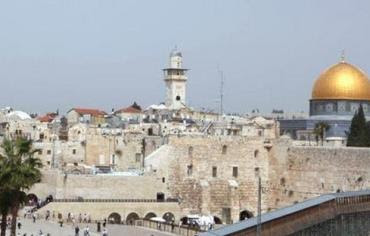 Is it possible that the word “Israel” may finally get onto the passports of Americans born in Jerusalem, following the US Supreme Court’s Monday ruling to hear the case a second time? Probably not.

The court’s decision follows a July 2013 decision by the US District of Columbia Appeals Court declaring unconstitutional a 2002 congressional law that directed the US State Department to let US citizens born in Jerusalem register their birthplaces as “Israel” on their passports.

The same appeals court tried to halt the initiative of placing the word “Israel” on passports once before, in 2011. That time, the US Supreme Court swept in by surprise to put the case back on track.
With the Zivotofsky family – which started the march by suing the State Department for not registering “Israel” on their son’s passport – succeeding in getting the US Supreme Court to rehear the case, some underinformed observers may assume that the court will come in again to “save the day.” They would likely be mistaken.


The reason has to do with some esoteric aspects of legal doctrines such as the “political question doctrine” and “separation of powers doctrine,” as well as some broader political trends.
Let’s revisit the parameters of the legal battle.
When the US Supreme Court first saved the Zivotofskys’ case from being dismissed, all it really said was that the Zivotofskys had a right to their day in court.
In contrast, the appeals court said it was not willing to even open the door since the case implicated foreign policy issues, which courts should keep away from.
In terms of the actual substantive issue of who gets to decide US foreign policy regarding registration of the word “Israel” on a passport, the US Supreme Court is likely to uphold the appeals court’s ruling that the congressional law unconstitutionally infringed on the power of the US president to decide which foreign countries to recognize and under what terms.
Or put differently, the court is likely to say that because the president controls foreign policy on whether Jerusalem will be viewed as formally part of Israel, pending any resolution of the Arab-Israeli conflict and the fulfillment of UN Resolution 242 which governs negotiations, he also gets the last say on what appears on a passport under the entry for country for a birth in Jerusalem.
Why? The answer actually comes most clearly from the Zivotofskys’ own most recent legal filing.
In asking the Supreme Court to hear the case and eventually overrule the lower court and take Congress’s side over the president’s, they cite two precedents.
The two cases involved a balancing of domestic free speech versus national security secrecy and balancing domestic economic liberties with national defense mobilization.
In one case, the Nixon administration in 1971 tried to block The New York Times from publishing portions of the government’s “Pentagon Papers” internal analysis of problems with the Vietnam War.
In a second case, the Truman administration in 1952 tried to temporarily seize various steel manufacturing plants to better use them to produce war materials during the Korean War.
The court intervened and blocked presidential “interference” in both cases.
But both cases really involved fundamental domestic liberties being carried out in the US mainland, balanced against national security and foreign policy.
The Zivotofsky case would involve the court empowering Congress to tell the president and the US State Department how to run its registration in embassies overseas – clearly a foreign policy area.
The legal brief also says that the government is trying to “intimidate” the court into viewing the issue as a foreign policy issue which courts are “not equipped” to evaluate.
The strongest aspect of the Zivotofskys’ counter to this line of the government’s argument is probably the idea that since the Palestinians have not joined the case to fight publicly on the issue, the government may be exaggerating the potential fallout (though the fallout would go beyond the Palestinians).
Thus, while the Zivotofskys’ argument that the Palestinians are “indifferent” to the issue is certainly an exaggeration, it is likely accurate to say that while the change might create a diplomatic mess, it is unlikely that there would be any immediate “disastrous consequences” as the State Department suggests.
But the weakest aspect is that the Zivotofskys do not really explain how and why a court is actually equipped to make these kinds of judgments about foreign policy.
Many might hope that the president would change the US’s long-standing bipartisan policy on the issue or that the Supreme Court will now fully flesh out the legal dimensions of the issue.
But those two hopes will not likely lead to the court overriding the president in this foreign policy area, though Justice Samuel Alito suggested in passing, in an earlier ruling, that a possible winning argument could be to say that both the president and Congress share “measures of authority” in this specific area of foreign policy.
The problem with separating out the powers is that the actual registration is performed through the US State Department, an office controlled by the president. Traditionally, Congress can at most perform oversight and threaten to withhold funding to negotiate the president into accepting portions of congressional goals.
The court may even have let the case in the door to sternly rebuke Congress for “invading” the president’s control of foreign policy.
That said, the court’s agreement to hear the case will give the Zivotofskys one last chance in the spotlight to change the dynamics of the issue, and one can never be sure how the nine justices will come out.
Posted by GS Don Morris, Ph.D./Chana Givon at 7:03 AM