In Rawabi, the Brand-New Palestinian City, Both Sides Win 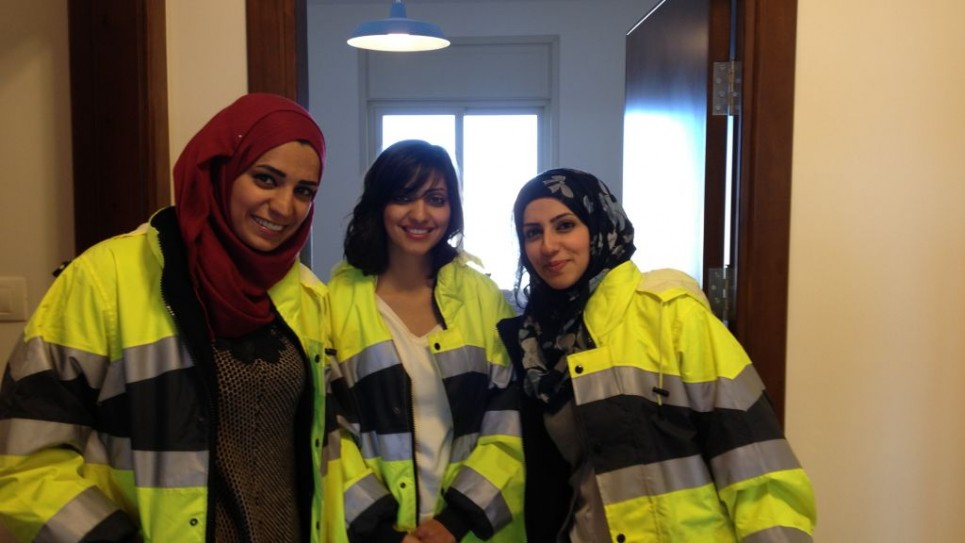 Civil engineer Shadia Jaradat (center) poses with two colleagues in one of Rawabi's model apartments. A third of the project's engineers are women

The Times of Israel
Elhanan Miller


RAWABI, West Bank -- If all goes according to plan, this summer 600 middle-class families will begin moving into their new apartments in Rawabi, the largest construction project in recorded Palestinian history.
While the prospects of a positive outcome to negotiations between Israel and the Palestinians seem iffy, Rawabi is a towering certainty. But the shiny new city on the hill is not only a model of Palestinian entrepreneurship, it is also a little-known exemplar of Israeli-Palestinian cooperation.
Bashar Al-Masri, managing director of Rawabi, said that though no Israeli companies have been involved in constructing the city, hundreds of Israeli suppliers provide it with raw materials such as cement, sand, electric components and plumbing. He estimated that Israeli businesses benefit from the Rawabi project to the tune of tens of millions of dollars a month. The only political principle Rawabi holds with relation to Israel is no cooperation with businesses in the settlements.


“We buy from whoever gives us the lowest price,” Al-Masri said. “It makes no difference to us if the company is Israeli, Italian or German.”
“We have no choice but to cooperate with Israel and Israelis, but we also want to do so,” he added. “It is a mistake to separate our economy from Israel's. Projects like this bring our peoples closer together: Israelis come to the site, they are exposed to Palestinians, and they realize there's no risk in coming here. There is a sense of comfort.”
Posted by GS Don Morris, Ph.D./Chana Givon at 5:37 PM