Livni to Post: I have unfinished business in making peace with Palestinians

Livni was surprisingly candid, eager to set straight misplaced perceptions about the talks that had been spread by her right-wing colleagues in Netanyahu’s coalition. 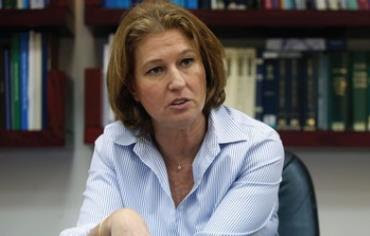 After all, the Americans have sworn her to secrecy about the talks she is leading with the Palestinians. Livni is a firm believer that any leaks, at all, undermine the cause of achieving peace. That is the reason she returned to politics and agreed to join Prime Minister Binyamin Netanyahu’s government.

Over the years she has gained a reputation as a tough interviewee, who cannot be coerced into saying anything she did not intend to say.


But Livni was surprisingly candid to The Jerusalem Post, eager to set straight misplaced perceptions about the talks that had been spread by her right-wing colleagues in Netanyahu’s coalition. And on other issues unrelated to the negotiations, Livni appeared to enjoy revealing her worldview.